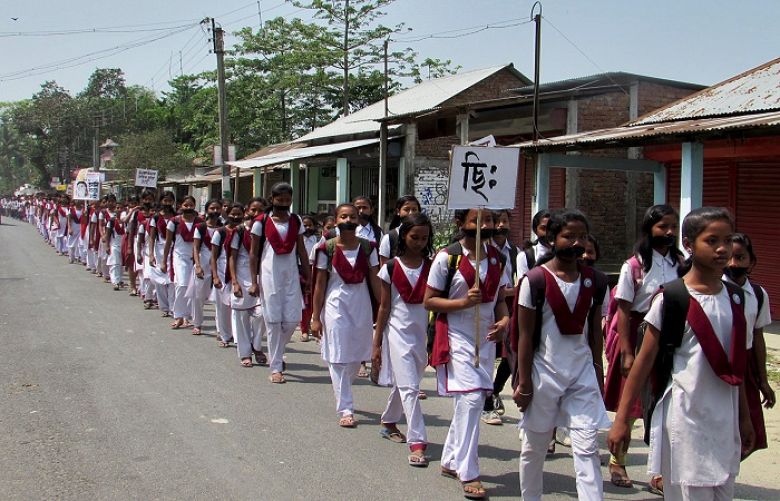 About 88 female students of a school in Arunachal Pradesh were forced to undress as punishment by their teachers, reported Hindustan Times.

The classes VI and VII students of an all-girls school were allegedly ‘punished’ for writing obscene comments about their head teachers and another student.

The piece of paper was discovered by the teachers, who then asked the students who was responsible for writing it. When no student was forthcoming, the teachers made all students undress in front of other students.

According to the police, the students from Kasturba Gandhi Balika Vidyalaya, Tani Happa (New Sagalee) in Papum Pare district were subjected to the humiliating treatment on November 23.

The issue came into light after the students approached the All Sagalee Students Union (ASSU), later a case was also registered.

Police confirmed that an FIR has been filed, adding that the case has been forwarded to the women police station.

“The officer in-charge of the (women) police station said the victims and their parents along with the teachers will be interrogated before registering a case,” said a police officer.