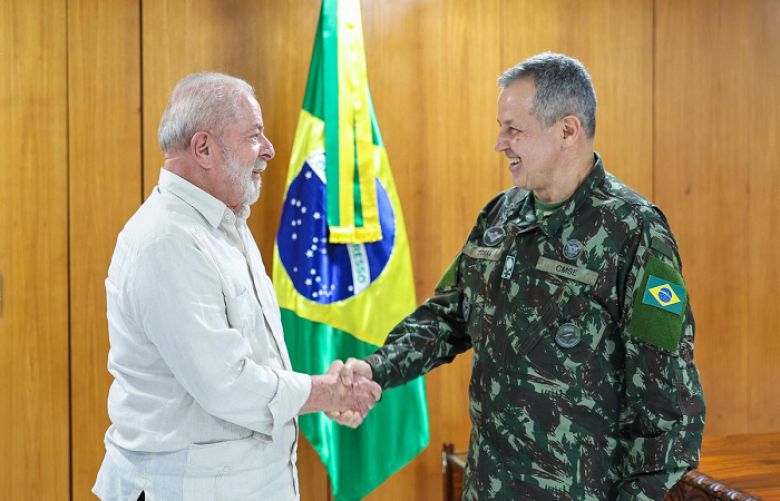 According to international media reports, Lula did not immediately release a statement on the replacement, but the official website of the Brazilian armed forces said General Julio Cesar de Arruda had been removed as head of the army.

Arruda was replaced by General Tomas Miguel Ribeiro Paiva, who had been head of the Southeast Military Command.

The move comes weeks after supporters of Bolsonaro stormed the National Congress, the presidential palace and the Supreme Court in Brasilia on January 8. Rioters had called for the military to intervene to overturn Bolsonaro’s loss to Lula in the presidential election.

In the immediate aftermath of the riots, Lula said he suspected collusion by “people in the armed forces”.

More recently, the left-wing Brazilian leader said that his government would purge hardcore Bolsonaro loyalists from the security forces. He also removed several dozen soldiers from his security detail following the unrest.

To date, more than 2,000 people have been arrested in connection with the riots. A Brazilian Supreme Court justice has also authorised adding Bolsonaro to its investigation into who incited the unrest.

Bolsonaro, a retired military officer, maintained close ties to the armed forces throughout his presidency.

Arruda had attended a meeting with Lula on Friday, accompanied by the commanders of the navy, Marcos Sampaio Olsen, and air force, Marcelo Kanitz Damasceno.

Defence Minister Jose Mucio Monteiro told reporters after the meeting that the country’s armed forces had no direct involvement in the riots but added that any military personnel involved would have to “answer as citizens”.