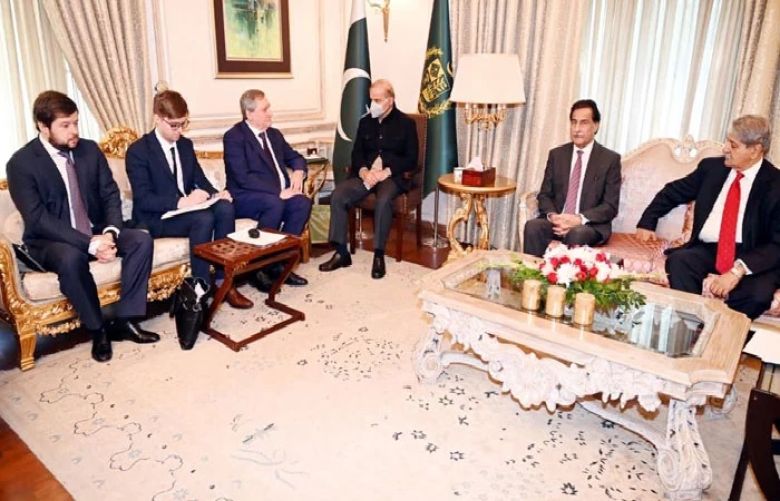 Pakistan is interested in buying around 100,000 barrels per day of Russian crude oil and if the country’s refineries get synchronised well with the blended Russian crude oil, then the quantity of crude from Russia would be increased accordingly.

Amid ongoing talks with the Russian Federation, the two sides are working to finalise a Memorandum of Understanding (MoU) or a protocol that may be signed today at the end of three-day talks.

However, Moscow clearly communicated to Islamabad that it would announce the price of Russian crude for Islamabad once an MoU or a protocol was signed for energy trade (crude oil, petroleum products and liquefied natural gas), which would show the seriousness of the Government of Pakistan towards the energy trade.

“The experts from Russia also asked Pakistan counterparts not to mention the price cap of $60 per barrel imposed on Russian oil by G7 countries while discussing the crude import.

However, sources told the publication that the issue of discount as desired by Pakistan on crude oil would be decided by Russian President Putin if the Pakistan government’s top man contacts him.

It should be noted that the Russian oil price in the international market currently hovers between $70-75 per barrel whereas Brent is priced at $81 per barrel. However, Pakistan hopes that it will get crude oil below $60 per barrel from Russia under the government-to-government mode.

As far as the $3 billion Pakistan Stream Gas Pipeline (PSGP) is concerned, Pakistan is of the view that it will erect the pipeline but it is linked with the supply of more LNG and infrastructure at the port. Russia wanted to initiate the project and move forward in finalising the shareholding under the existing intergovernmental agreement.

But now Pakistan wants it to execute the project on a BOOT (build, own, operate and transfer) basis.

Overall, the officials said that the talks under the inter-governmental commission level are moving forward on a positive trajectory, but after the signing of the MoU for energy trade, Russia will come up with the price for Pakistan.

Officials said this means there will be no decision on the discount in crude price and life of the government-to-government agreement during the ongoing talks.

However, Pakistan State Oil (PSO) mandarins are engaged on behalf of Pakistan with Russian officials and experts on the issue of import of crude, finished products and LNG issues and officials of Oil and Gas Development Company and Mari Gas Company are in talks on the issue of building LNG storages.

“PARCO can process the Russian blended oil by up to 30%, Pakistan Refinery Limited 50% and the Cynergico Refinery can process the maximum. As for the LNG import, the private companies of Russia have told Pakistan that they can offer it after 2025-26 on a long-term basis,” the sources revealed.