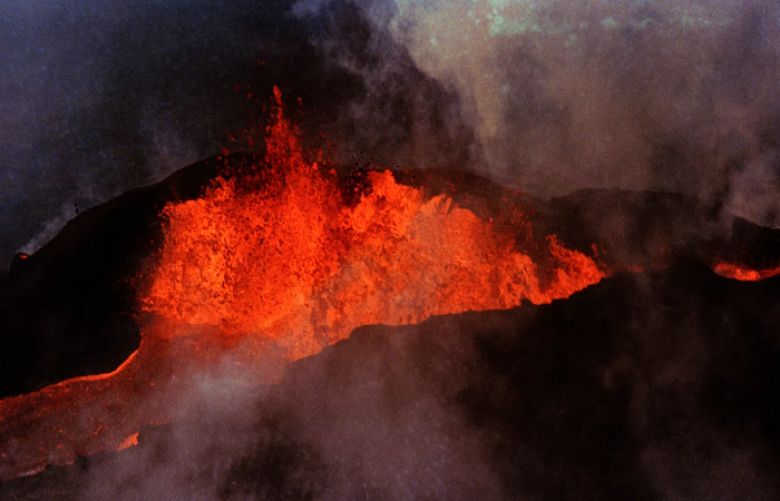 The world's largest active volcano burst into life for the first time in 40 years, spewing lava and hot ash Monday in a spectacular display of nature's fury by Mauna Loa in Hawaii, United States.

According to international media reports, rivers of molten rock could be seen high up on the volcano, venting huge clouds of steam and smoke at the summit on Big Island, and sparking warnings the situation could change rapidly.

Pressure has been building at Mauna Loa for years, according to the United States Geological Survey, which reported the eruption could be seen from 72 kilometers away, in the town of Kona the west coast of Hawaii's main island.

As per reports, there was currently no threat to people living below the eruption zone, but warned that the volcano was volatile.