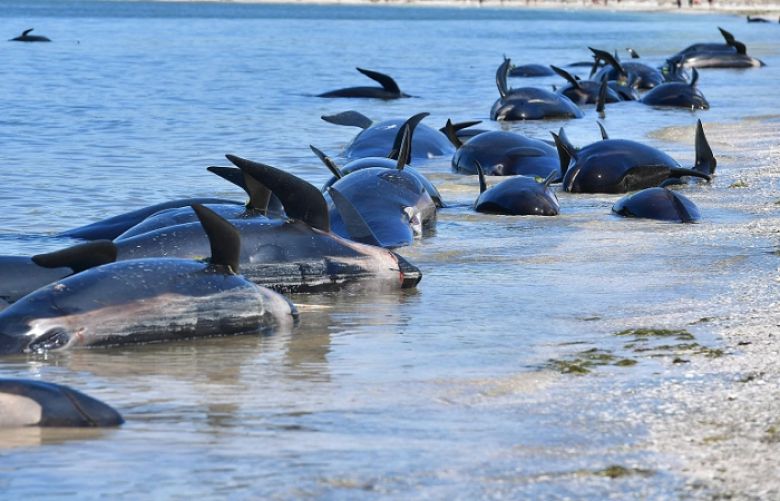 About 500 pilot whales have died in mass strandings on New Zealand's remote Chatham Islands, the government said after ruling out a rescue effort in the area's shark-filled waters.

According to international media, two "super pods" of the dolphin-related cetaceans beached on two islands in the remote chain and survivors were euthanised.

On Friday, 250 beached pilot whales were found at Chatham Island, and then three days later another 240 were reported on Pitt Island, the government said.

The locations far from the New Zealand mainland made a rescue operation impossible, authorities said.