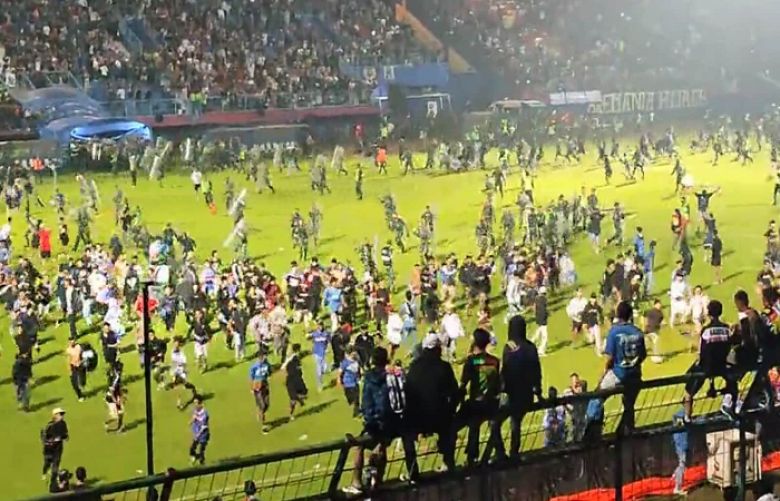 File Photo At least 129 people died and 180 were injured after violence and a stampede erupted.

At least 129 people died and 180 were injured after violence and a stampede erupted following an Indonesian league football match, police have said.

According to international media, supporters of the Javanese clubs Arema and Persebaya Surabaya clashed after Arema were defeated 3-2 at the match in Malang Regency, East Java.

Supporters from the losing side invaded the pitch and authorities fired tear gas, leading to a crowd stampede and cases of suffocation, said East Java’s police chief, Nico Afinta.

Thirty-four people died in the Kanjuruhan stadium and the rest while in hospital, and 180 were injured, he said. Two police officers were among the dead.

Many people were crushed and suffocated when they ran to one exit, Afinta said.

“They went out to one point at the exit, then there was a buildup – in the process of accumulation there was shortness of breath, lack of oxygen.”

He said in an Instagram post on Sunday that 42,000 tickets had been issued for a stadium that had a capacity to hold 38,000 people.

The head of the Malang Regency health office, Wiyanto Wijoyo, said earlier that officials were still collating the numbers of injured.

Local reports said up to 3,000 spectators took to the field after the match, out of a crowd of 40,000. Police said 13 vehicles were damaged, including 10 police cars.