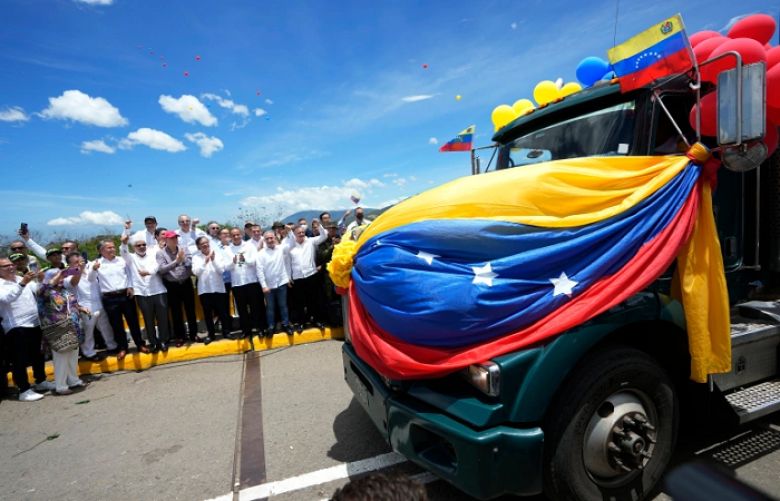 Colombia and Venezuela have reopened cargo transport at a major border crossing, potentially enabling billions of dollars in trade after years of icy bilateral relations and heavily restricted economic ties.

According to international media, the reopening which will allow goods like coal, toilet paper and fruit to move through crossings between the Colombian city of Cucuta and the Venezuelan state of Tachira was a key campaign promise of Colombia's new leftist President Gustavo Petro.

Petro crossed the Simon Bolivar bridge on foot on Monday, standing on the Venezuelan side with his ambassador to Caracas Armando Benedetti, Venezuela's ambassador to Colombia Felix Plasencia, Venezuela's transport minister and other officials as they listened to military bands play each other's national anthems.

"I want the first people who benefit to be those who live on either side of the border, those who risked (illegal crossings)...gangs of all kinds, multicriminals who could kill them, who could rape them," said Petro in later remarks, referring to dozens of irregular crossings controlled by crime gangs and home to smuggling and drug trafficking.

"The result should be a qualitative jump in human rights all along the Colombian-Venezuelan border," he said.

Petro told journalists there was no set date for his first meeting with Venezuelan President Nicolas Maduro.