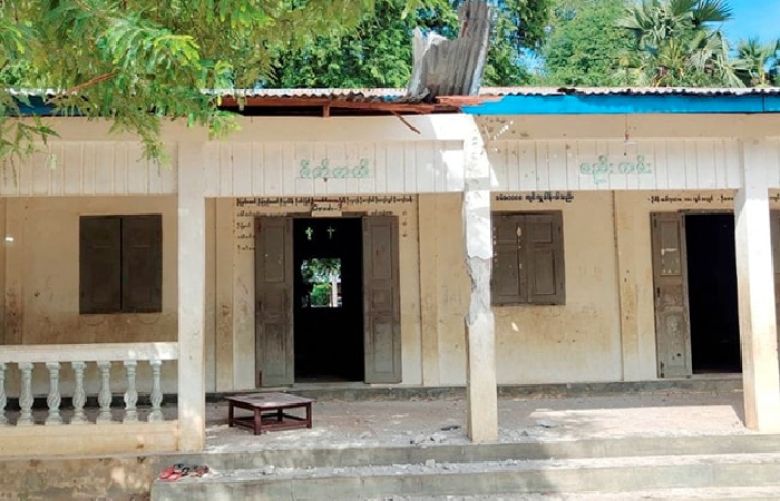 At least six children were killed and 17 wounded when army helicopters shot at a school in Myanmar.

Myanmar has been gripped by violence since the army overthrew an elected government early last year. Opposition movements, some of them armed, have since emerged across the country, which the military has countered with lethal force.

According to reports, army helicopters had opened fire on the school housed in a Buddhist monastery in the village.

Some children were killed on the spot by the shooting, while others died after troops entered the village, the reports said.

Images posted on social media showed what appeared to be damage including bullet holes and blood stains at a school building.