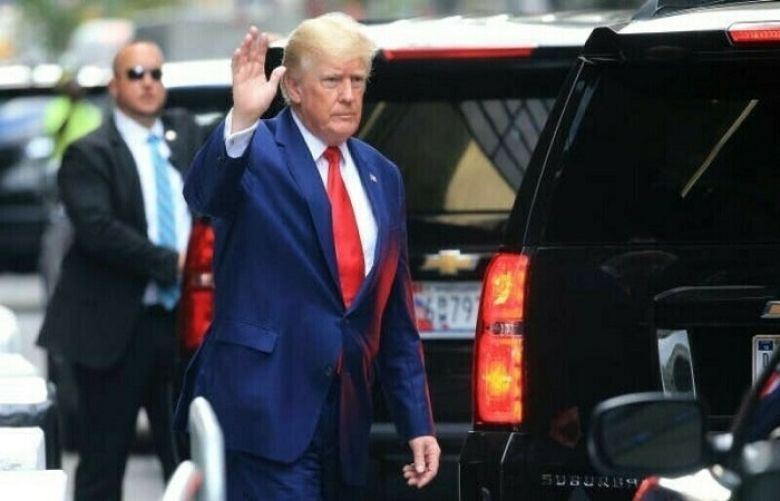 An increasingly high-stakes standoff between Donald Trump and federal investigators lands in court on Thursday, after days of headline-grabbing revelations surrounding highly classified documents seized by the FBI from the former president’s Florida home.

Trump’s lawyers are asking that an outside party — a “special master” — be named to reassess the government’s screening of sensitive documents to determine if any were “highly personal information” that should be returned or protected by claims of privilege.

The federal court has already indicated its “preliminary intent” to agree to the independent review, meaning there is little intrigue with respect to the stated purpose of the hearing. But the request has significantly upped the ante.

Some analysts see the move as an attempt by Team Trump to complicate the probe.

It also prompted a searing disclosure by the Justice Department of the evidence against the Republican former president recovered from the search of his Mar-a-Lago residence in south Florida last month.

Government officials said in a filing on Tuesday they had evidence of efforts to hide classified documents despite a grand jury demand in May that Trump produce records removed from the White House in January 2021.

Some of the files were so sensitive, they noted, that federal agents and Justice Department personnel needed their security clearances elevated to even look at the material.

The filing also stated that FBI agents located classified documents in Trump’s desk drawers with his passports. “The location of the passports is relevant evidence in an investigation of unauthorised retention and mishandling of national defense information,” the department said.

The filing provided the most detailed account yet of a year-and-a-half long effort to recover hundreds of classified files that were improperly taken to Mar-a-Lago when Trump left office. And the claim of obstructing the FBI search piles further legal pressure on the former president, who denies all wrongdoing.

The two sides are expected to wrangle over the scope of the review and whether it will determine if parts of the cache are covered by “privilege” that can shield some presidential and attorney-client communications from investigation. Prosecutors say Trump “has no property interest in any presidential records (including classified records) seized from the premises” and that he cannot assert executive privilege against the executive branch itself.

But the real drama could emerge in US District Judge Aileen Cannon’s questioning of the 76-year-old billionaire’s attorneys, when she will have the opportunity to quiz them over whether he declassified some of the documents, as he has claimed.

Trump’s latest legal filing on Wednesday didn’t address the most damaging aspects of the government’s potential obstruction case and did not claim that he declassified the documents while he was in office.

Cannon, a Trump appointee, may also scrutinize the certification that his lawyers delivered to the Justice Department on June 3, falsely stating that all files with classified markings had been returned.