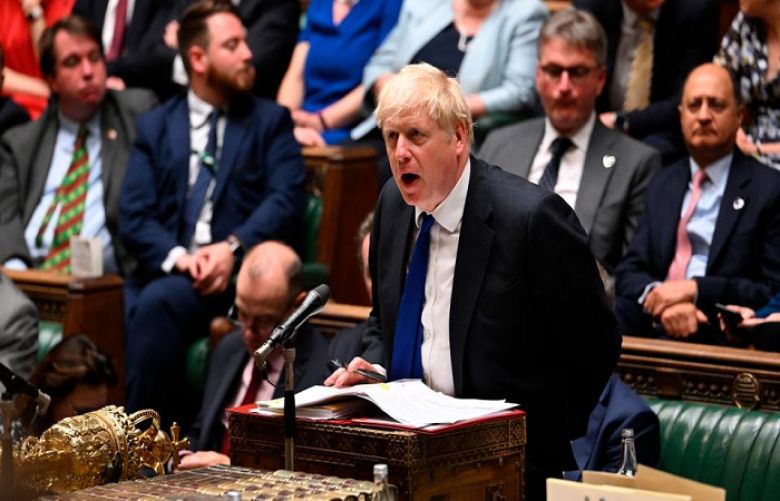 Eelier, Johnson was defiantly hanging onto power despite the resignation of four top ministers and a seemingly unstoppable revolt by his own lawmakers.

More than 50 ministers have quit the government in less than 48 hours, saying Johnson was not fit to be in charge after a series of scandals, while dozens in his Conservative Party are in open revolt.

Brandon Lewis, the Northern Ireland Secretary, became the latest Cabinet minister to quit early on Thursday, following the resignations of the finance, health and Welsh ministers.

"I cannot sacrifice my personal integrity to defend things as they stand now," Lewis said. It is clear that our party, parliamentary colleagues, volunteers and the whole country, deserve better."

A delegation of senior ministers and a senior figure representing Conservative lawmakers who are not in government went to Downing Street on Wednesday evening to tell Johnson he needed to go and to make a dignified exit.

But he refused to budge, and even sacked Michael Gove, one of his most effective ministers who, according to media reports, had told the British leader he should quit.