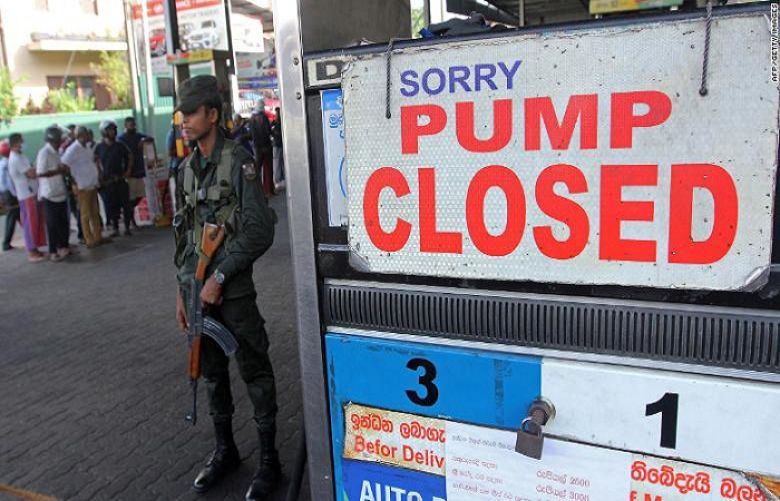 Cash-strapped Sri Lanka announced a two-week halt to all fuel sales except for essential services starting Monday and called for a partial shutdown as its unprecedented economic crisis deepened.

The South Asian nation is facing its worst economic meltdown since gaining independence from Britain in 1948, and has been unable to finance even the imports of essentials since late last year.

As fuel reserves hit rock bottom with supplies barely enough for just one more day, government spokesman Bandula Gunawardana said the sales ban was to save petrol and diesel for emergencies.

He urged the private sector to let employees work from home as public transport ground to a halt.

"From midnight today, no fuel will be sold except for essential services like the health sector, because we want to conserve the little reserves we have," Gunawardana said in a pre-recorded statement.

He apologised to consumers for the shortages: "We regret the inconvenience caused to the people."

The sudden fuel ban came as the loss-making state-run electricity monopoly asked for a massive price increase for its poorest customers.

"A majority of the domestic consumers will not be able to afford this type of steep increase," PUCSL chairman Janaka Ratnayake told reporters in Colombo.

"Hence we proposed a direct subsidy from the Treasury to keep the increase to less than half of what they have asked."

As part of measures to ease the forex crisis that led to the energy crunch, the CEB will be allowed to charge users who earn foreign currency, such as exporters, in dollars.

The move is aimed at helping the electricity utility collect dollars to finance imports of oil and spare parts it desperately needs, but is unable to secure because of the country's forex crisis.

The country is also facing record high inflation and lengthy power blackouts, all of which have contributed to months of protests -- sometimes violent -- calling on President Gotabaya Rajapaksa to step down.

Last week, all government schools were shut down and state institutions operated with skeleton staff to reduce commuting and preserve oil.

The state sector shutdown was meant to end this week, but it is now being extended till July 10, when Gunawardana promised to restore fuel supplies.