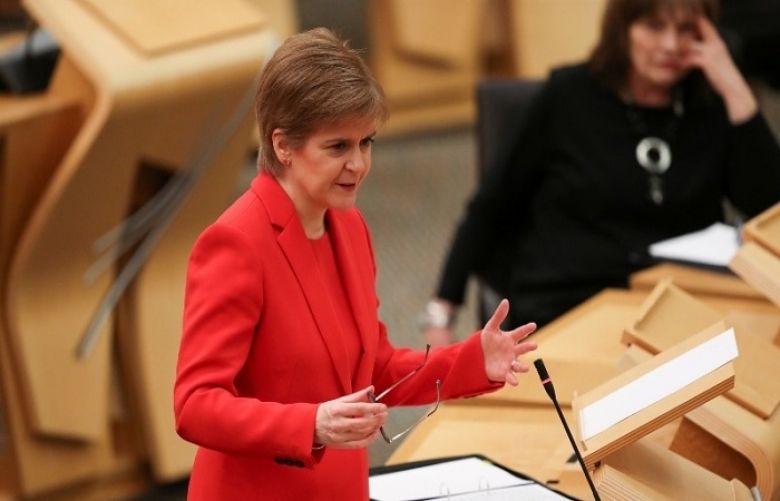 Scotland’s First Minister Nicola Sturgeon accused British Prime Minister Boris Johnson on Sunday of fearing democracy when it comes to letting the Scottish people express their will on independence from the United Kingdom.

Scotland voted against independence by 55pc to 45pc in a 2014 referendum. But a majority of Scots also backed staying in the European Union in the subsequent 2016 Brexit vote, stoking demands by Scottish nationalists for a new independence vote after the UK as a whole voted to leave.

Sturgeon’s Scottish National Party (SNP), which runs the semi-autonomous Edinburgh executive, laid out plans on Saturday for a new referendum if, as expected, it wins Scottish elections in May.

Johnson said earlier this month he thought there should be a gap of about 40 years before any new referendum.

“He’s frightened of democracy,” Sturgeon said during a BBC television interview on Sunday.

“If the SNP win the Scottish election in a few months’ time on a proposition of giving the people that choice, what democrat could rightly stand in the way of that?” she said.

Johnson says the SNP presented the 2014 referendum as a “once in a generation” event and cannot now insist on another.

The SNP counters that the situation has changed because of the United Kingdom’s departure from the European Union. Scots’ votes against Brexit in 2016 were outweighed by a majority voting in favour in more populous England.

Sturgeon’s party says EU membership was presented in 2014 as a key argument for Scotland to remain in the United Kingdom, only for Scots to be dragged out of the bloc against their will.