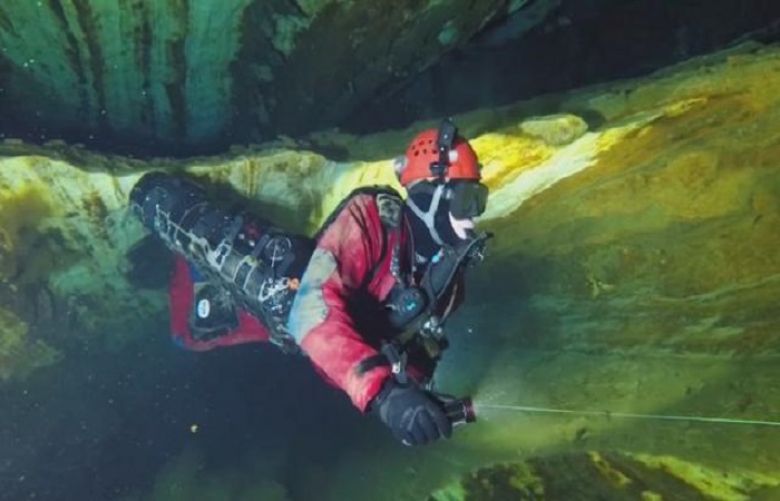 Czech speleologists have come up with a way to explore flooded cave systems without strapping on scuba gear, wet suits, helmets and water-proof lamps: 3D mapping.

The new tool was developed by Geo-CZ, a company that uses the underlying technology to map historical and archaeological sites. The Cave Administration of the Czech Republic premiered it on Friday.

“The input data are not made by individual pictures, but videos,” Geo-CZ’s Jiri Sindelar said. “This makes the on-site mapping incredibly faster.”

That means, of course, that somebody has to put on the gear and go into the cave, but only once and only long enough to film it. That is a great convenience, because caves are dark, confusing places that are somewhat dangerous on their best day and seriously dangerous when they’re flooded.

Furthermore, the former can turn into the latter with no warning, as those 12 Thai schoolboys found out last summer when rain caused a flash flood in the cave they were exploring.

Geo-CZ used their system in Chynovska jeskyne, a cave about 100 kilometers (62 miles) south of Prague, that was discovered in 1863 and opened to the public in 1868. In the 1980s, spelunkers found lower, larger parts of the cave system that are filled with water. The exploration is still going on.

The new system will make that much easier, and more accurate, Sindelar said. “Within the 200 meters of the flooded corridors of the Chynov cave, with a drop of more than 46 meters and a very complex system, the deflection does not exceed tens of centimeters,” he said.

When observing the cave as a whole in the computer model, the divers also can understand it better.

“In the 3D imagery, we can really realize the connections among the corridors and of the whole system... we can get much more information from it,” Chynov cave specialist Frantisek Krejca said.