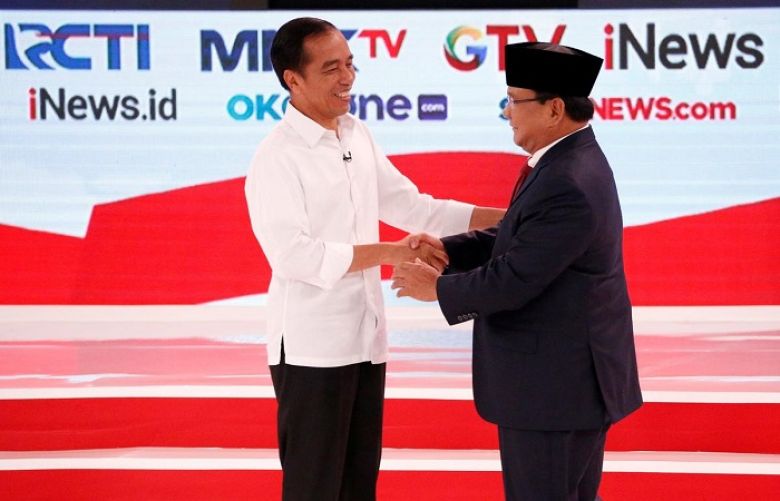 Almost every day, “Janda”, a self-described Indonesian housewife with 2,000 Twitter followers, dispenses lifestyle tips, complains about city life, and praises how the government of President Joko Widodo has improved her life as a young mother.

He is a leader of one of the many so called “buzzer” teams, named for the social media buzz such groups aim to create, that have sprung up in Indonesia ahead of the presidential election next month in the world’s third-largest democracy.

“Our battleground is social media. The content we are making for the election is reaching at least a million people per week,” said the owner of the Janda account, declining to be named because his work is legally in a gray area.

In interviews with Reuters, over a dozen buzzer team members, social media consultants and cyber experts described an array of social media operations that they said were spreading propaganda on behalf of both Widodo and his challenger, retired general Prabowo Subianto.

Widodo enjoys a comfortable lead in most opinion polls over Prabowo, as the challenger is widely known. The two contested the previous election in 2014 as well, and Widodo won narrowly.

Fake news was spread in that election as well, although social media was less far-reaching than it is now.

Under Indonesia’s broad internet defamation law, creating and spreading fake news is illegal, but holding social media accounts in false names is not, unless a real person is being impersonated. Social media companies however mostly bar holding accounts under false names.

Three buzzers directly involved in the current campaign described how they operate hundreds of personalized social media accounts each on behalf of the candidates. One denied propagating fake news, while two said they didn’t care about the accuracy of the content.

Ross Tapsell, an expert on politics and media at Australia National University, said that it has become normal for candidates in Southeast Asia to hire online campaign strategists, who in turn tap an army of people to spread content on social media.

“So there is no direct link at all to the candidate,” he said.

The buzzer campaigns have far outstripped the efforts of Facebook and other social media companies to curtail creation of fake accounts and spread fake news, cyber experts say. Reuters found that while robot accounts were occasionally deleted, personalized fake accounts like “Janda” are widespread on Twitter and Facebook platforms, despite violating the companies’ rules.

Misinformation spread by real accounts - which are often coopted by buzzer teams - is rampant on Facebook as well as on its Instagram and WhatsApp affiliates and rival service Twitter.

The companies say they are working with the government and fighting back against false content.

A Twitter spokeswoman told Reuters it is working to remove networks of accounts engaged in misinformation and disinformation.

Facebook, which counts Indonesia as its third-largest market globally with an estimated 130 million accounts, says it trains election management bodies how to flag fake news to the company, which is then evaluated by moderators and deleted if it breaks its community standards.

For Indonesian Communications Minister Rudiantara, those efforts are not enough.

He said the government had asked social media companies to work with authorities to create a standard operating procedure that would allow fake news and hoaxes to be flagged and resolved. They have yet to comply.

“We expect it to get much worse as we get closer to the election,” said Harry Sufehmi, co-founder of Mafindo, an Indonesian organization fighting fake news, which listed nearly 500 social media hoaxes related to politics in 2018.

He was one of three experts whose research found that a larger proportion of the misinformation targets Widodo, with some posts depicting him as anti-Islam, a Chinese stooge or a communist.

All are inflammatory accusations in a country that has the world’s largest number of Muslims, where the communist party is banned and suspicions linger over the influence of Beijing.

A smaller portion of the misinformation campaigns target Prabowo.

(GOOGL.O) and Twitter (TWTR.N) accounts, each with a fake persona. He updated five of them with posts praising Widodo’s achievements or mocking Prabowo and his running mate.

He denied disseminating misinformation, focusing instead on content that gushed about his clients’s virtues. But he admitted he does look for dirt on opponents as part of a “complete package” of posts and videos that he sells for 200 million rupiah ($14,000) a month.

News Corp calls for Google break up
His staff of 15, whom he refers to as “cyber troops”, in turn have subcontractors, throughout Indonesia, many of whom are unaware of the ultimate identity of clients, he said.

He told Reuters he was hired by an adviser to Widodo’s campaign.

Ace Hasan Syadzily, a spokesman for the president’s campaign team, denied knowledge of such groups, but said “the campaign had an obligation to counter false or negative narratives” against Widodo.

Another buzzer said he had been hired by advisers to Prabowo, while the third said he supplied services to a social media agency used by both campaigns.

Anthony Leong, the Prabowo digital team’s coordinator, denied they use buzzer teams, noting that the campaign required its “10,000 digital volunteers” to use real names and only allowed them to post “positive content”.

According to the buzzers interviewed, a junior “cyber soldier” can be paid between 1 million to 50 million rupiah per project depending on the reach of his social media accounts.

“For a lot of us, the work is fun...and the salaries are decent,” said the buzzer who said he is a contractor for a social media agency used by both the Widodo and Prabowo campaigns.

He said his role was to create trending topics during key election moments, using hashtags and content provided by his agency in combination with his personal fake accounts, he said.

“For me, there’s no hoax or so-called negative content. The material just comes from the client,” he told Reuters.

Pradipa Rasidi, a researcher at the University of Indonesia, said most buzzers are young graduates who do it “because it’s hard to find a job after university and the pay is higher”.

But the legal risks are real. The buzzer activities are punishable by jail if they are judged to breach Indonesia’s internet defamation law.

All three buzzers interviewed by Reuters declined to be named or provide certain details of their operations because of those risks.

Policing by the social media companies, however, was not a concern: None had ever had an account or post deleted.