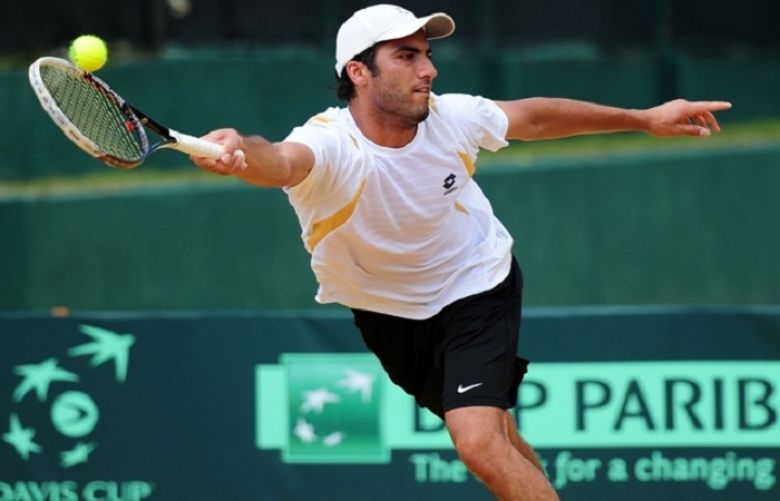 The International Tennis Federation (ITF), has shifted Pakistan’s Davis Cup tie against arch-rivals India to a neutral venue in Kazakhstan.

Earlier, the tie was to be held here in Islamabad on Nov 29-30 but after India’s action of imposing curfew in Jammu and Kashmir, the relations between the two neighboring countries had gone tense. However, contrary to the spirit of sports which should never get influenced by politics, the ITF succumbed to India’s request and shifted the venue from Islamabad to Kazakhstan.

The tie will now be played on Nov 29-30 but sans Pakistan’s top-ranked players Aisam-ul-Haq, Aqeel Khan and non-playing captain former Davis Cupper Mushaf Zia who have already announced not to participate in the contest as a protest against the ITF’s unjust decision.

Sources in the Pakistan Tennis Federation (PTF) said that the federation is mulling either to send a junior team or boycott the event altogether. A final decision in this regard will be taken on Wednesday. The sources said that there are chances that a junior team would be sent to Kazakhstan.

“We protest this decision, it was the right of Pakistan to host Davis Cup tie here in Islamabad but the Indian lobby has managed to convince the ITF to take this biased decision,” said non playing caption Mushaf Zia while speaking to Dawn. “The PTF did whatever it could do but the ITF did not pay any heed which is sad to see.”

It is worth mentioning here that recently the PTF had informed the ITF that in case the tie is not held in Pakistan, the PTF would not be hosting the event at neutral venue, rather the ITF should take responsibility of hosting the event.

The tie was earlier scheduled for Sept 14-15 in Islamabad but was postponed to November after mounting tensions between Pakistan and India over the Kashmir issue.

Recently, when the ITF had announced that tie would be shifted to any neutral venue, the PTF has also filed an appeal requesting the ITF not to shift the tie since Islamabad is a safe place to hold international events and the city has been doing so for the last many years.

The security situation in Pakistan in quite normal now and conducive for major sporting events. Pakistan hosted international badminton tournaments as well as the Sri Lankan cricket team besides a number of ITF junior events on its soil in recent months.

Reuters adds: The ITF has rejected Pakistan’s appeal against the decision to move its Davis Cup tie with India to a neutral venue and the fixture will be played in Kazakhstan, the Indian tennis association (AITA) told Reuters on Tuesday.

The Asia/Oceania Group I tie, originally scheduled for Sept 14-15, was postponed by the governing body to Nov 29-30 following a security review amid political tensions between the bitter neighbours.

“The ITF has informed us that Pakistan’s appeal has been rejected and the tie will be held at Astana (renamed Nur-Sultan) in Kaza­khstan,” AITA General Secretary Hironmoy Chatterjee said on telephone.

The ITF decision has not gone down well with Pakistan and its leading players including Aisam-ul-Haq. “The attitude towards Pakistan of both All Indian Tennis Association and ITF is highly deplorable, to say the least,” Aisam wrote in a letter to Pakistan Tennis Federation chief Salim Saifullah Khan.

“There is absolutely no threat foreseen for Indian tennis team in Pakistan.”

Aisam cited the agreement, which introduced visa-free access from India to the Pakistani town of Kartarpur. “If everyone else can come including hundreds of other Indians every day then why can’t a few member Indian tennis team visit Pakistan when Pakistan has assured them of extremely high level security protocol,” he said on his Instagram.

India will be without top singles player Prajnesh Gunneswaran, who is getting married during the tie, while doubles specialist Rohan Bopanna has pulled out due to a shoulder injury.