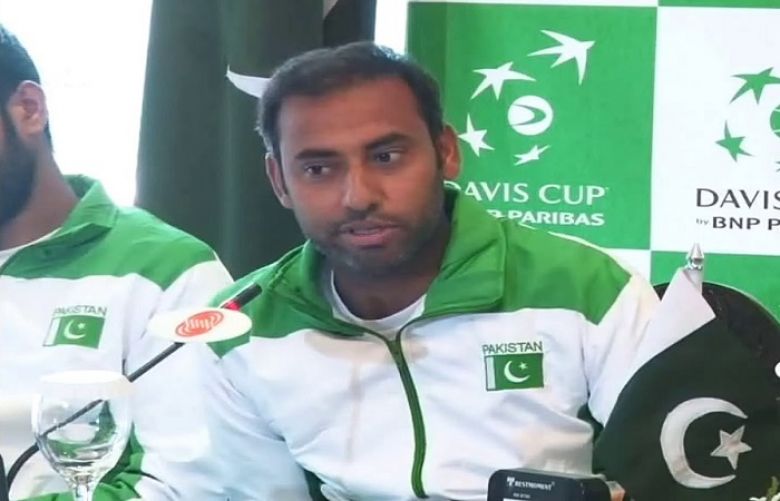 National top-seed tennis player Aqeel Khan is concerned over tennis’s current situation in Pakistan and requested the authorities to look into the matter.

Khan while talking to the media in Karachi said that the current system in Pakistan will not benefit tennis. He said that authorities should take some bold steps to lift its status.

“I think with this system we can’t progress even in the next 100 years. There is no one taking the game seriously,” he lamented.

The national champion said that Pakistan’s tennis circuit lack proper training and diet which cannot produce quality players who can represent Pakistan at the international level. “Our training is zero, the diet plan is zero and the system is worst. With such facilities, it is impossible to produce champion players,” he said.

To a query about preparations for Davis Cup tie against India, Khan said that he is prepared well for the challenge. “I have just come from the Europe tour where I got trained under international coaches. It has given me much needed exposure and a month left in the event so I will keep on practicing to make myself more stronger for the clash against arch-rivals,” Khan said.

“Aisam-ul-Haq is a big player and I keep on learning with him. We were together in Europe so I think our combination will be stronger against India,” he added.

It is pertinent to mention here that Indian Davis Cup team will travel to Pakistan to play Davis Cup tie in September after almost 55 years. India on their last visit to Pakistan in 1964, beat the home side 4-0. India’s top-seed players Prajnesh Gunneswaran and Ramkumar Ramanathan will contest against Pakistan’s Aisam-ul-Haq and Aqeel Khan.