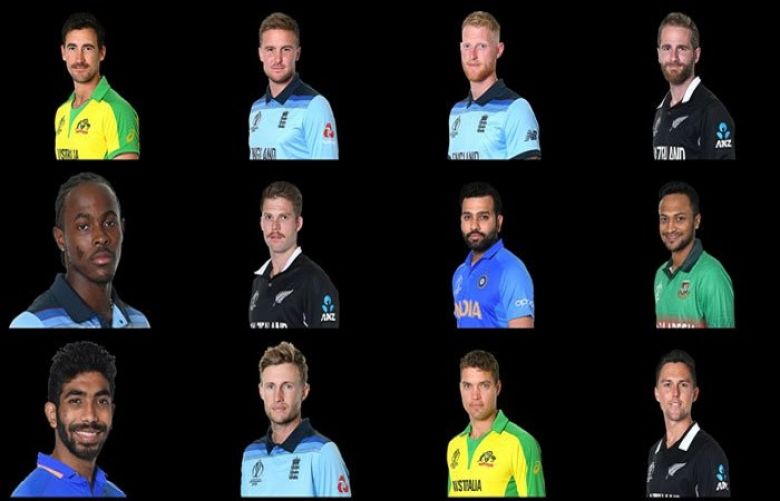 There were a few star performers in Pakistan’s disappointing World Cup 2019 campaign but neither of them delivered consistently in the tournament.

And that fact was aptly illustrated in the ICC World Cup 2019 team which was announced by the International Cricket Council on Monday following Sunday’s pulsating finale featuring England and New Zealand.

There wasn’t a single Pakistani player in the World Cup team which is captained by New Zealand skipper Kane Williamson, who was named player of the tournament despite his team’s loss in the final.

Players like Mohammad Amir, Shaheen Shah Afridi and Babar Azam did shine in the World Cup but neither of them could really help Pakistan reach the semifinals.

Meanwhile, the World Cup team is largely formed by players from Sunday’s dramatic final at Lord’s. Six of them have made the elite list.

England, who won their maiden World Cup title, are the most represented with four selections in the team while runners-up the Black Caps have two in the eleven, named by a panel selected by the ICC to honour players who performed well in the tournament.

The other representatives come from the losing semi-finalists India and Australia, who have two each, while Bangladesh’s Shakib Al Hasan rounds out the team.

Jason Roy gets the nod at the top of the order for his tone-setting brilliance for England that saw him overcome injury during the tournament to help his side to the title.

Roy had five scores of more than 50 in seven innings during the tournament, including one massive ton against Bangladesh in Cardiff and also produced the throw from the outfield that tied the Super Over and gave England the glory.

Alongside Roy opening is India’s Rohit Sharma. One of the easier selections in this XI, considering the Indian star was the tournament’s top run-scorer and cracked a record five centuries in all.

Williamson comes in at No.3 and will captain the side.

The Black Caps star scored more runs than any captain has ever done before at a World Cup and led his side with aplomb from start to finish.

Joe Root will come in at No.4 for this team after a World Cup that saw him finish as England’s top run-scorer, fifth overall in the tournament, with tons against Pakistan and West Indies and three half-centuries.

Bangladesh star Shakib scored his runs this summer batting at No.3, but for much of his career he has come in at No.5 and it is there that he appears in this team.

Shakib had a quite wonderful tournament, averaging 87 with the bat with two centuries and five further half-centuries, and yet still managed to chip in with 11 wickets as well with his left-arm spin.

Fellow all-rounder Ben Stokes is also a cast-iron selection – his heroics in the final were the stuff of fairytale but he was also a picture of consistency throughout the tournament for England.

Behind the stumps, Alex Carey effected 20 dismissals this tournament, only Kiwi Tom Latham managed more, while the Australian also bludgeoned 375 runs at an average north of 60.

Alongside Carey is his compatriot, and the tournament’s top wicket-taker with 27, Mitchell Starc.

Jofra Archer – hero of the Super Over in the final and appearing in his first World Cup – claimed 20 wickets at an impressive economy rate of 4.57 to earn his spot.

New Zealand’s Lockie Ferguson finished second in the wicket charts with 21, including three in the final as well as an astonishing catch, while also going at less than five runs an over.

Finally, there is India’s Jasprit Bumrah, the world’s No.1 ODI bowler who lived up to that billing with 18 wickets while still only going for 4.41 runs an over – better than any other bowler on the top wicket-takers list.