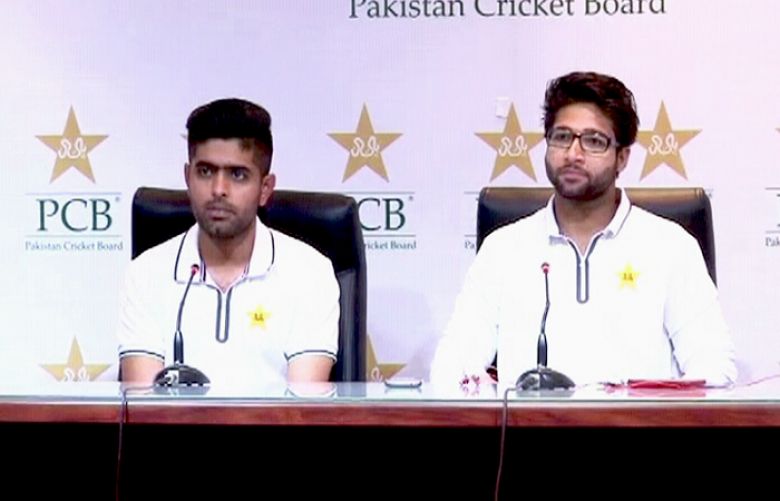 Batsman Babar Azam on Tuesday said Pakistan suffered until the end of the World Cup 2019 because of their loss to the West Indies in their first group stage match.

Speaking at press conference along with opener Imam-ul-Haq, Azam said the defeat to the Windies hurt Pakistan's chances of making it to the semi-finals of the tournament.

With four wins in the tournament, the 1992 champions fell apart in front of the West Indies in their opening match, with the crushing seven-wicket defeat striking a blow to their Net Run Rate. The Sarfaraz-XI finished level on points with New Zealand but succumbed to a fifth-place finish due to an inferior NRR. Despite impressive wins over the Black Caps and England, the team could not progress to the next round.

"It does not matter who the coach is, our job is to perform," he added.

Speaking about his record of becoming the highest-scoring Pakistani at a World Cup, the 24-year-old said he was happy breaking a legend’s record. "It is an honour to break a record of legend such as Javed Miandad."

When asked about being handed the captaincy of the side, Azam said, "It is the Pakistan Cricket Board’s (PCB) decision whom they want to give the captaincy. My work is to play cricket."

Responding to another question about the players in the team, Azam said, "No player out of the 15 that went to play the World Cup was a 'railu katta'. All the players were picked on their performance."

When asked about the presence of Chief Selector Inzamam-ul-Haq on the tour, Imam said, "Presence and absence of chief selector on tour does not affect the team's performance. Whenever he has accompanied the team, he has always motivated the team. You cannot blame the chief selector for the team's chaotic and shambolic performance in the World Cup."

"There were 10 other teams in the World Cup and they all came prepared," Imam added.

Responding to another question, Imam said there were no pros or cons of being Inzamam's nephew. "My task is to perform. I do believe in the Almighty. He's the one who powers me to perform. I cannot stop any criticism. Everyone has their own opinion and I respect it."

He added, "In the last few games, if any of our top batsmen have scored 40 plus, we have won the match. I always wish to stay set and play the full overs."