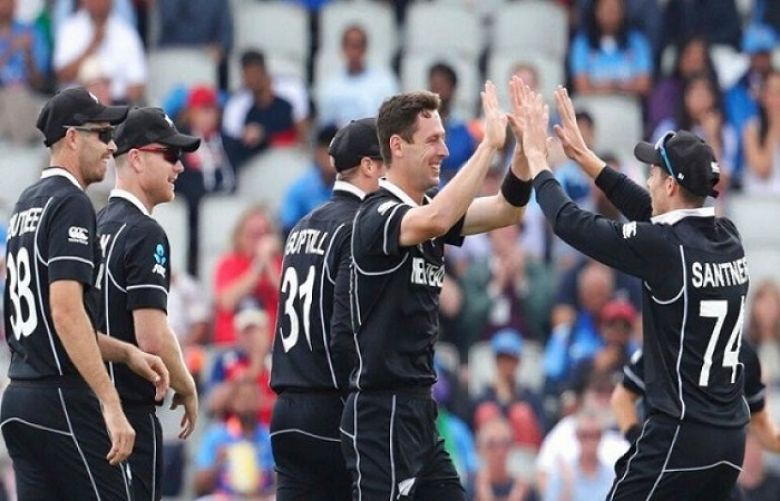 India's World Cup dream was shattered when the team bundled out for 221 with three balls remaining in the semi-final against New Zealand at Old Trafford on Saturday.

Matt Henry — who wrecked India's top order — was awarded Man of the Match for his 3-37. New Zealand will now play either Australia or England at Lords on July 14.

Jadeja played an important role in giving India hope of progressing to the World Cup final, scoring 77 runs off 58 balls.

After a disastrous start by India's top order, MS Dhoni and Jadeja stood up to the occasion and cemented a 50-plus runs partnership. India were 175 for 6 in 43 overs.

New Zealand bowlers had successfully restricted the flow of runs while picking up crucial wickets at regular intervals, making it increasingly hard for India to chase the 240-run target set by the Black Caps. However, Jadeja's aggressive batting increased India's chances to make their way to the World Cup final.

The pressure on India was further let up by a few dropped catches by the Black Caps. The required run rate still seemed out of reach as it crossed 12 per over.

In the 31st over, Hardik Pandya (32) succumbed to pressure and was removed by Mitchell Santner. The wicket came eight overs after Rishabh Pant's (32) dismissal, who had played right into the hands of Colin de Grandhomme in the 23rd over, reducing his team to 71 for 5.

SANTNER GETS HIS SECOND!

The pressure had built hugely, and finally Hardik Pandya loses his cool. He skies one, and #KaneWilliamson holds onto the pressure catch.

The over, bowled by Santner, was all the more precious for New Zealand as it was a wicket maiden.

After a disappointing opening powerplay, in which India lost 4 wickets, Pant and Pandya had built a 48-run partnership, though runs came slow. The Guardian, in its live coverage of the match, noted: "Had play started at 6.30pm (local time) last night, India would have had to score 148 in 20 overs. Now they’re at less than half that total after 21."

India's top order was wrecked by Matt Henry — who dismissed three of their star batsmen — and they were four wickets down in the first 10 overs.

Dinesh Karthik (6) had to walk off after James Neesham took an exceptional one-handed catch at backward point on a delivery by Henry in the 10th over.

New Zealand could have scooped up another important wicket in the 13th over, when Neesham dropped a catch at midwicket that would have dismissed Pant. The left-hander had hit two of the three boundaries hit by the Indian batsmen until that point.

New Zealand on Wednesday set a 239 run target for India in the World Cup semi-final at Old Trafford, where persistent rain led to a premature end to play on Tuesday and the need to use a reserve day set aside by organisers.

The Kiwis resumed the match on 211-5 with 3.5 overs remaining. New Zealand wrapped up their innings on the second day of play at 239-8.

The final overs were bowled by pacemen Bhuvneshwar Kumar and Jasprit Bumrah, who on Tuesday helped to tie down New Zealand's batsmen with disciplined bowling on a sluggish pitch. Kumar picked up two wickets today while Bumrah took the wicket of Ross Taylor.

It is forecast to be cloudy again in Manchester, making batting conditions difficult. There could also be more rain.

India have to bat at least 20 overs to achieve a result one way or the other. If there is no result, India will advance because they finished higher in the group standings. While India topped the group standings, New Zealand were fourth.

England and Australia meet in the second semifinal at Edgbaston on Thursday. The final is at Lord's on Sunday.