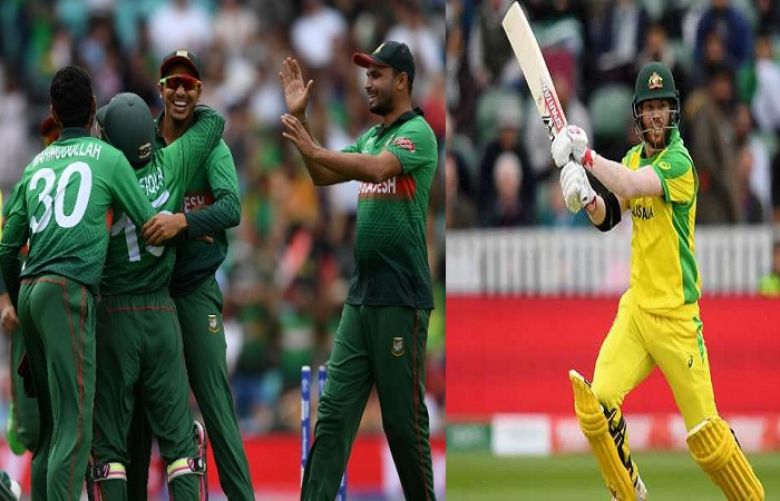 Australia won the toss and opted to bat first against inspiring Bangladesh in the 26thmatch of the ICC World Cup 2019 today at Trent Bridge in Nottingham.

Australia have made three changes as they include Adam Zampa, Nathan Coulter-Nile and Marcus Stoinis in the playing XI.

On the other hand, the Mashrafe Mortaza-led side also made two changes as emerging pacer Muhammad Saifuddin and Mosaddek Hussain are out due to injuries. Rubel Hussain and Sabbir Rahman are included in place of them.

With wins against South Africa and Windies, Bangladesh have declared that they are no more underdogs and, now, they would aim to make a place in the semifinals.

The Mashrafe Murtaza-led XI are currently at the fifth place in the points table.

On the other hand, Australia have registered four victories and are currently placed at the second spot in the points table.