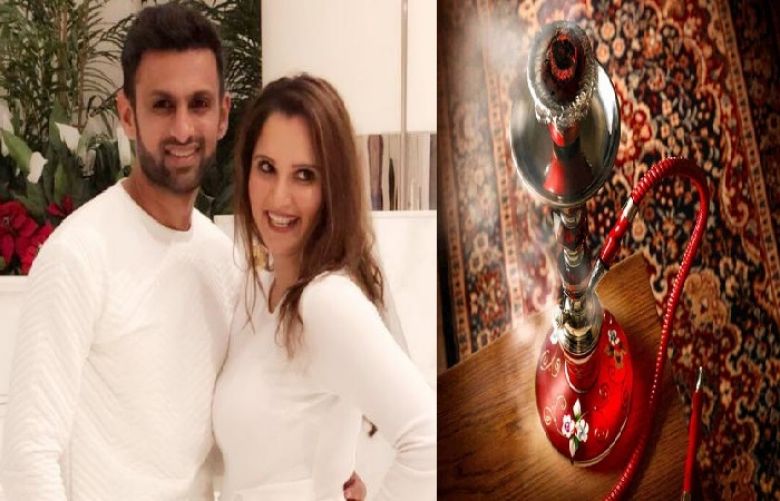 Indian tennis star, Sania Mirza took a strong exception to the criticism directed at her for having Sheesha (hookah) alongside with husband Shoaib Malik ahead of the clash against Kohli XI, defending her move.

The wife of Pakistani player Shoaib Malik, defended her position on Twitter after a video showing her alongside his husband went viral on the social media.

The video showed Mirza and other Pakistani players in a café just hours ahead of the high-stakes encounter against India, raising questions over the discipline followed by the cricketers.

However, Sania Mirza shrugged off the criticism while responding to a Twitterati.

Sania equated the shooting of the video with disrespecting the privacy. Terming the video ‘crap’, the tennis star contended that people eat even if they lose a match.

?That’s the video you shot without asking us,disrespecting our privacy even though we had a child with us?& got told off for doing so,& u came up with this crap?FYI ‘outing’ was dinner & yes ppl are allowed to eat if they lose a match!Bunch of fools!Try better content nxt time? https://t.co/51gnkMWUYu

akistani fans lost temper after they saw the video showing players dining out at a cafe hours ahead of the match against India; Green Shirts displayed a poor performance as they lost the encounter by 89 runs through DLS method.

Shoaib Malik was sent back to the pavilion on the very first delivery, prompting experts to question his capacity as well as not giving due attention to the game when it was most needed.