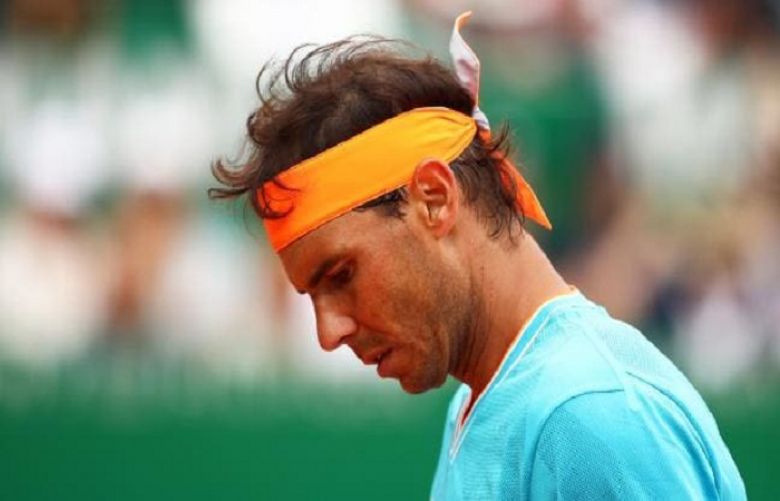 Rafael Nadal admitted that it will be "hard to return to the practice court" after a shock semi-final defeat by Fabio Fognini ended his bid for a record-extending 12th Monte Carlo Masters title on Saturday.

The 17-time Grand Slam champion starts his Barcelona Open title defence on Wednesday, as he also fights to keep his world-number-two ranking before the French Open gets underway next month.

The 32-year-old said he played "one of my worst matches in 14 years on clay" in losing 6-4, 6-2 to Italian Fognini, having been forced to save three match points at 5-0 in the second set.

"It will be hard to return to the practice court," a subdued Nadal said after his fourth loss to Fognini, three of which have come on his beloved clay.

"I lost an opportunity in a very important event for me. I'm sad for that."

Nadal has struggled with knee injuries this season, and was playing his first event since withdrawing before an Indian Wells semi-final against Roger Federer last month.

"There was little chance for me to start the clay-court season in a perfect way," he insisted.

"It was a bad day, the kind of day where the feeling is not there at all. It's difficult to find positive ways today."

Nadal was close to losing his first set to love in Monte Carlo since the 2005 final, where he beat Guillermo Coria in four sets.

"I was lucky to win two (second-set) games to avoid an even worse score," he admitted.

"I'm thinking about how bad I played today, (trying to) understand the things.

"(It's been a) year and a half of not having the chance to play tournaments in a row (due to injury)."

Nadal, who will be favourite to win a 12th French Open crown at Roland Garros, has plenty of ranking points on the line before heading to Paris, with titles to defend in Barcelona and Rome.

A slip outside the top two could set up a potential meeting with old rival Novak Djokovic, winner of the last three Grand Slam tournaments, before the final.

The 'king of clay' will have to bounce back quickly next week to allay fears he is now vulnerable on the red dirt.

"I played one of my worst matches on clay in 14 years," he said.

"It's difficult to find any positives -- I deserved to lose."

The Spanish great is yet to win an ATP title this season. The last year he reached May without a tournament victory was in 2004.

Fognini will face unheralded Serbian Dusan Lajovic in Sunday's final -- the first time since 2004 that neither Nadal, Djokovic nor Roger Federer have made it to the last day in the Principality.