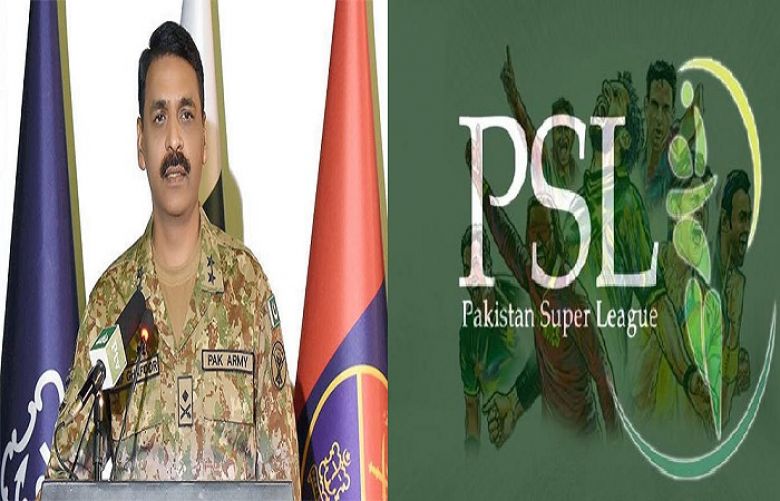 In a tweet earlier today, the Pakistan military spokesperson conveyed his well-wishes to the two teams, and shared a promo of the March 23 Pakistan Day Parade with messages from local and overseas cricketers playing in PSL.