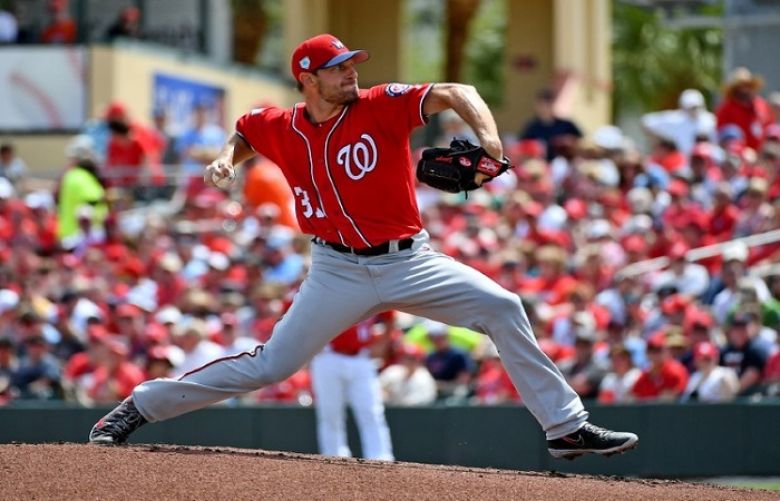 The Astros said in a statement Tuesday that they “hope that Francis can learn from this experience and that he returns to have a successful career.”

Clomiphene is an anti-estrogen substance used in fertility treatments and employed by men to accelerate testosterone production. It is taken along with steroids to inhibit estrogen problems. It is not FDA-approved for use by men, according to the USDA, and has been placed on the list of banned substances.

Martes underwent Tommy John surgery on the ulnar collateral ligament in his right elbow last Aug. 15, and was not scheduled to return until the second half of the season, at the earliest. His suspension will begin at the start of the 2019 regular season.

Manager Dave Martinez feigned surprise announcing the move, saying, “I’m going to go out on a limb today and tell you that Max will be our Opening Day starter.”

It will be Scherzer’s fourth Opening Day nod in five seasons with the team, and it will pit him against last year’s Cy Young Award winner, Jacob deGrom of the New York Mets, on March 28 in D.C. Scherzer finished second to deGrom in Cy Young balloting last year.

Tebow, who had four hits and one RBI in 15 at-bats in the Grapefruit League, is expected to start the 2019 season at Triple-A Syracuse.