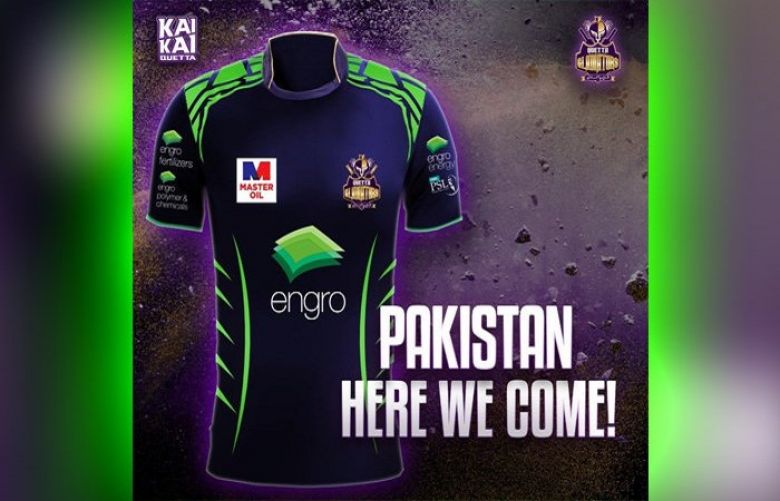 The Pakistan Super League (PSL) team, Quetta Gladiators, is all set to turn green during the Pakistani leg of the season as the team has introduced new home kits for the remaining matches set to be played in Karachi.

A Gladiators official confirmed to Geo News that the golden shades on the team's purple jersey will soon change to green during the games scheduled in Pakistan.

“The idea was to introduce home kits as we don’t have different 'home' and 'away' kits in the PSL so far. So, we tried different combinations and decided to go with green,” Nabeel Hashmi, the Gladiators' media manager, said.

When asked why they opted for green, Hashmi said it was because the colour represents Pakistan. “We chose green because we are playing matches in Pakistan.

"There was no better way to celebrate games in Pakistan for us than adding green to our shirts,” he added, noting that this will be the first time a team using a dedicated home kit in the PSL.

Gladiators are already certain as the group toppers in the PSL and were set to play at least three games on home soil.

They will play the last league match against Karachi Kings before playing the first qualifier; a win would take them to final but a defeat would make them play an eliminator match against the winner of a playoff between the third and fourth on the tables.