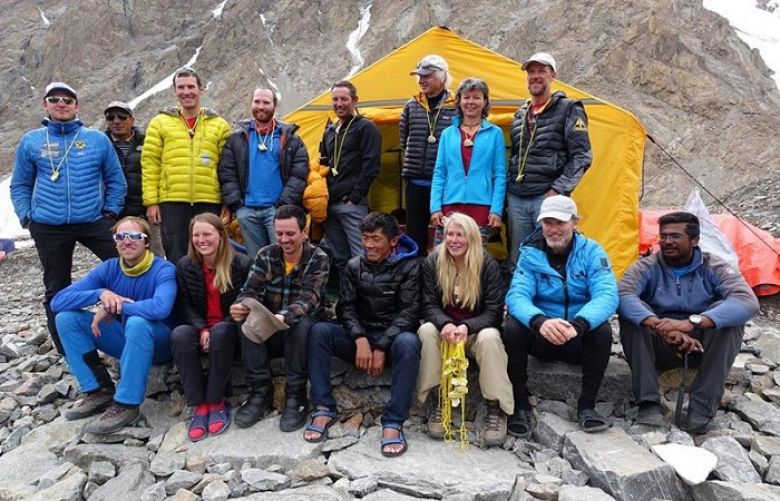 Vanessa O'Brien, a 52-year-old ex-Morgan Stanley banker from New York, on Friday afternoon, July 28, became the first American woman to summit K2, the world's second highest mountain at 28,251 feet. K2 is also considered one of the world's most dangerous peaks.

Vanessa O'Brien is the first American woman to summit K2

This was O'Brien's third attempt at the "killer" mountain, having been unsuccessful in 2015 and 2016 because of horrific weather. No teams summited in those two years.

This year, weather was a factor again as O'Brien's was the only expedition to reach the top - heavy snowfall and unstable weather sent the bigger teams back, including Russell Brice's revered Himalayan Experience (HIMEX).

At press time, O'Brien and her smallish Day Dreamers team led by Mingma Gyalje Sherpa were making their perilous way down the mountain from Camp 4, perched just above 25,000 feet. It reportedly had taken the group 16 hours from Camp 4 to the top, a very long time, but the weather had held.

O'Brien climbed Mt. Everest, the world's highest peak at 29,035 feet, in 2010 en route to becoming the then-fastest woman to climb the Seven Summits - highest mountain on each continent - plus ski the last degree to the North and South Poles, doing all in just 11 months.