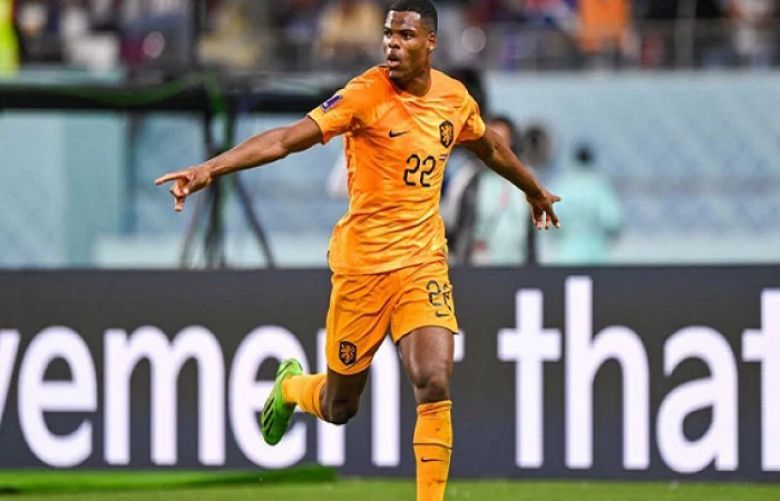 Denzel Dumfries scored the third goal after assisting on the first two and the Netherlands eliminated the US men's national team 3-1 in a Round of 16 knockout game at the World Cup in Al Rayyan, Qatar, on Saturday.

Daley Blind added a goal and an assist for the Netherlands, who will play Friday against the Argentina-Australia winner from later Saturday.

Memphis Depay put the Dutch ahead in the 10th minute and Blind scored in the first minute of first-half stoppage to make it 2-0.

Haji Wright, who entered in the 67th minute, made it 2-1 in the 76th, heeling home a cross by Christian Pulisic for his second international goal.

But the Dutch got the insurance goal in the 81st when Dumfries, a defender, was left unmarked at the right post to accept the service from Blind.

Andries Noppert made five saves for the Netherlands, who advanced to the quarterfinals for the seventh time.

Matt Turner made four saves for the US, the second-youngest team in the tournament which was trying to reach the quarterfinals for the first time since 2002.

Pulisic, who sustained a pelvic contusion while scoring in the 1-0 win over Iran to advance out of Group B on Tuesday, started but forward Josh Sargent (ankle) was unavailable.

Pulisic almost had a storybook start, taking a pass from Tyler Adams and forcing Noppert to make a kick save with his left leg in the third minute.

The US dominated possession until Dumfries raced down the right wing to a trailing Depay in the middle of the box for the 15-yard shot that marked the first time the US trailed in the tournament.

There wasn't a responding chance for the US until the 43rd minute when Tim Weah's line drive to the lower right corner from 20 yards was snared by Noppert before the gut-punch was delivered moments later.

Off a throw-in, Blind lost his marker, Sergino Dest, and slotted a pass from Dumfries for the two-goal lead on the final kick of the half.