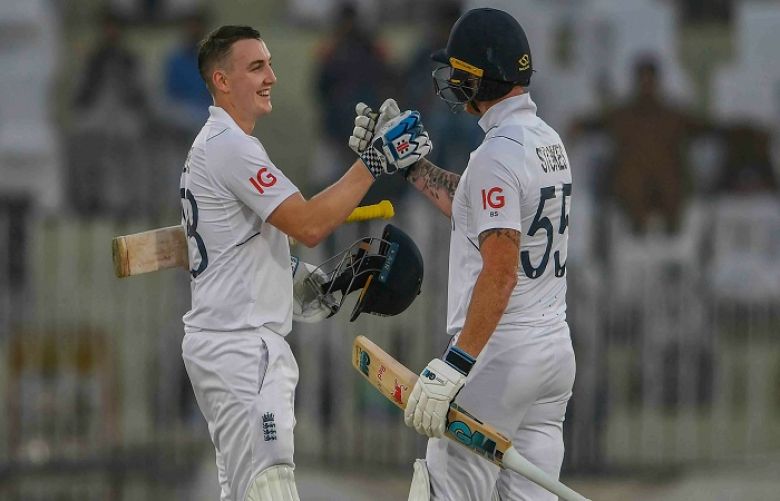 File photo England all out for 657 in first innings

A dominant England racked up a mammoth first innings total of 657 all out on day two of the opening test against Pakistan in Rawalpindi on Friday.

Resuming on 506-4 after thoroughly dominating the opening day of the contest, England batters continued to score at a breakneck pace even though Naseem Shah (3-140) made early inroads for Pakistan.

Brook, who smashed six fours in a Saud Shakeel over on Thursday, milked 27 runs from a Zahid Mahmood over.

Leg spinner Zahid bled 235 runs — most by any test debutant — in 33 overs for his four wickets.

England, on their first test tour of Pakistan since 2005, are also scheduled to play in Multan and Karachi.