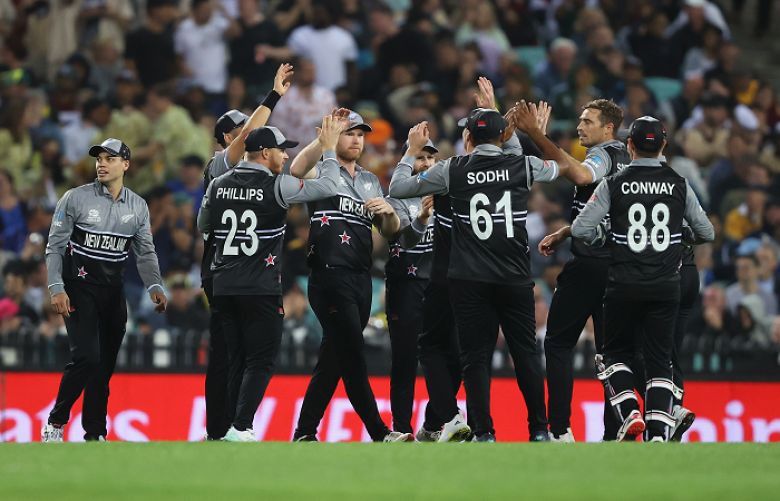 Victory in their Super 12 opener at the Sydney Cricket Ground was the Black Caps' first over their Trans-Tasman rivals in Australia in any format since 2011.

It was also Australia's heaviest defeat in a T20 World Cup and their second largest of all time in the 20-over format.

Finn Allen got things started as he bludgeoned 41 from 16 balls in an opening stand of 56 with Conway, who expertly controlled the New Zealand innings.

The left-hander added 69 with captain Kane Williamson and James Neesham smashed 26 not out from 13 balls, including six from the last ball, to take New Zealand up to 200-3.

Australia's chase faltered early on with David Warner's bizarre dismissal - bowled via his thigh pad and the back of his bat - the first of three wickets to go down in the powerplay.

A stunning diving catch from Glenn Phillips, running around from deep cover to remove Marcus Stoinis, left the home side 50-4 in the ninth over and all but ended the game as a contest with Australia slumping to 111 all out in the 18th over.