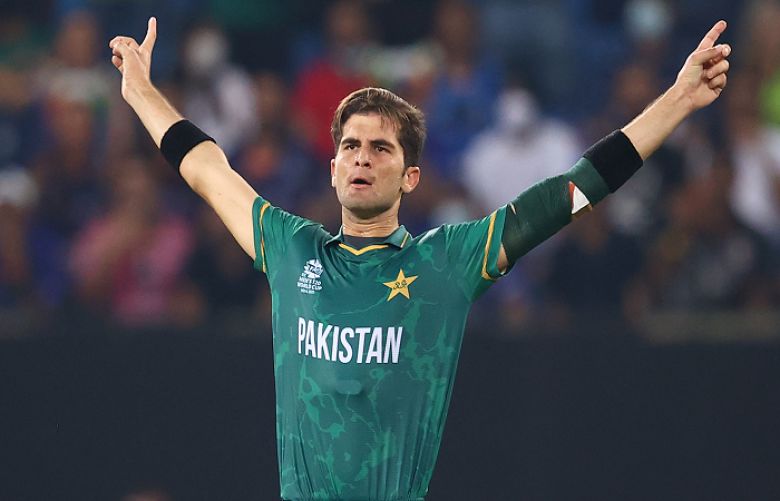 Pakistan pacer Shaheen Shah Afridi, who has been in the United Kingdom for his rehabilitation, will start bowling next week, sources said.

Shaheen sustained a right knee ligament injury in August while fielding during the first Test against Sri Lanka in Galle.

According to the sources, National High-Performance Center (NHPC) bowling coach Umar Rasheed will depart for England next week to supervise the pacer's rehabilitation and bowling practice.

Rasheed had applied for England's visa after his return from Dubai. He will likely get the visa next week.

The sources said that Shaheen has started running and will start bowling next week, adding that Rasheed will make preparations for the pacer's practice.

The coach is also expected to go to Australia along with Shaheen and is likely to join the sports staff for the T20 World Cup 2022.

The star bowler will not play the seven-match T20 series against England, however, he is part of the T20 World Cup squad.