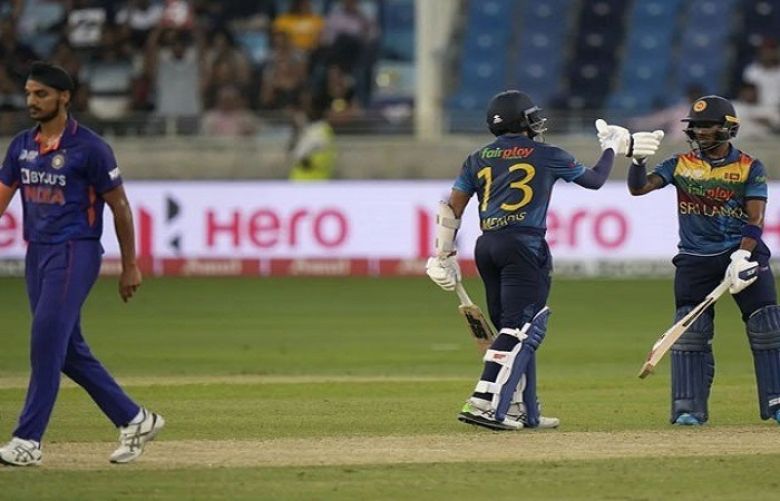 Sri Lanka completed a hat-trick of wins in Asia Cup 2022 after beating India by six wickets at the Dubai International Cricket Stadium on Tuesday.

Men in Blue could be out of the event after losing to Lankan Lions in tonight’s game, as they are under pressure after getting thrashed by the Pakistani team in the last match.

On the other hand, Shanaka-led Sri Lanka came in the ground with full confidence as they outclassed Bangladesh and Afghanistan in previous games.

Despite having strong batting and bowling line, the Rohit-led Indian squad performed average in the last two encounters against Hong Kong and Pakistan.

If we look back, Sri Lanka lost seven, and clinched only three T20Is against India. However, Sri Lanka managed to win only two matches and lost 11 batting first since September last year.

Last Sunday, Babar XI avenged their defeat against India by a close finish in the 19.5 overs. India opened innings on a good note but was restricted to 181 runs for seven wickets. Despite the early return of the Pakistani skipper, the other batters chase a big total of 181 runs.