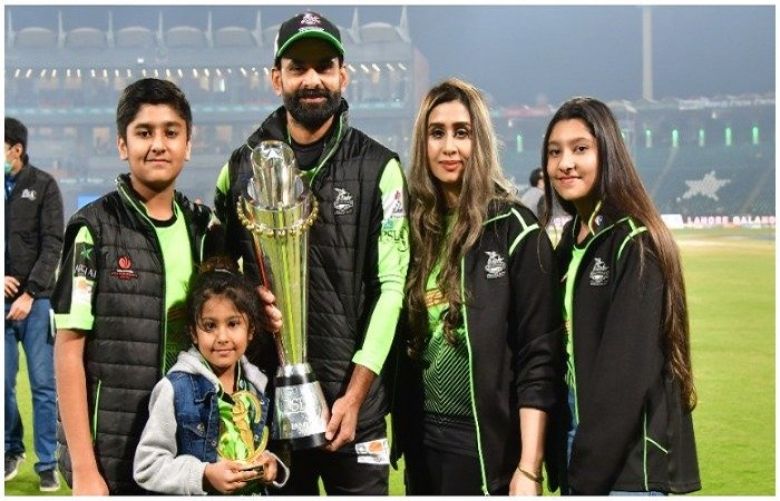 The cricketer, who retired from international cricket after the T20 World Cup, has claimed huge praise and admiration for his sparkling performance in the latest PSL edition.

Taking to Twitter, Hafeez said he has assumed the responsibility of dropping his kids off to school, which is his first assignment after retirement.

The 41-year-old, who is a family man and father to three kids, said that he is loving his new job.

Hafeez, famously known as 'The Professor' recently completed 200 wickets in the T20 format as he dismissed Multan Sultans' opener, Shan Masood, in the PSL qualifier between Multan Sultans and Lahore Qalandars.

Mohammad Hafeez had finally announced his retirement from international cricket, on January 3 after the conclusion of ICC T20 Cricket World Cup 2021.

Hafeez, aka The Professor, had earlier bid farewell to Test cricket in 2018.

The cricketer led the Pakistan cricket team in all formats of the game.

In his 18-year-long career, the all-rounder scored 12,789 runs and took 253 wickets while representing Pakistan in 392 international matches.

Hafeez, now aged 41, started his international career in April 2003, with his debut ODI against Zimbabwe in Sharjah. His Test debut was against Bangladesh in Karachi on August 20, later in the same year.