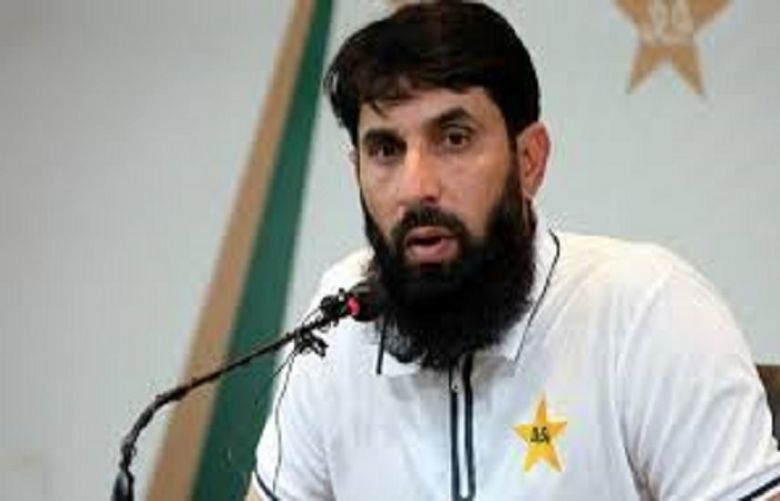 Pakistan Head Coach and erstwhile Chief Selector Misbah-ul-Haq on Wednesday announced that he was resigning from his position as chief selector to “focus on coaching”.

During his press conference at the Pakistan Cricket Board (PCB) headquarters in Lahore, he rubbished rumours that the decision to resign had anything to do with his meeting with Prime Minister Imran Khan.

The announcement from the former skipper came after a review of his one-year performance and in light of a newly announced code of ethics.

He had reportedly been under extreme pressure since he was given the charge in 2019. Several former cricketers and experts had opposed the move.

“It is my choice to quit the post of chief selector as it will be difficult for me to focus on both [responsibilities] due to the cricket team’s upcoming international commitments,” he said.

He refuted rumours that he was quitting because the PCB management is unhappy with him over his meeting with Prime Minister Imran Khan.

“Had this been the case, I would have been removed from both posts,” he said.

Misbah said when he was given the charge in 2019, he had conveyed to the PCB that there would be significant challenges in wearing two hats.

“They (PCB) gave me the option to decide which responsibility I would like to retain, and I opted for coaching.”

However, he clarified that he would still select the teams for the upcoming Zimbabwe and New Zealand series.

When asked to share his opinion on working as chief selector and head coach, Misbah described it as "a good experiment" but pointed out that his engagements had increased.

The new chief selector will assume his duties on December 1, he added.