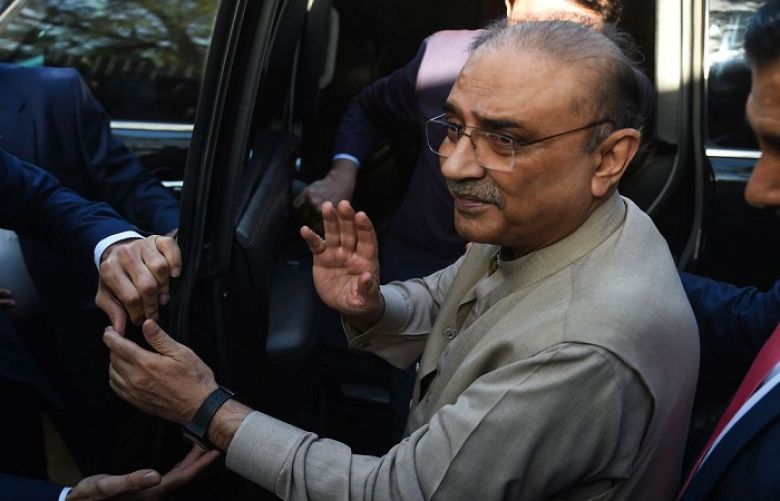 Former president Asif Ali Zardari will be indicted in the Thatta Water Supply reference on August 4.

The Thatta Water Supply is a supplementary reference part of the fake bank accounts and mega money-laundering scam reference filed by the National Accountability Bureau (NAB) against the PPP leader.

The accountability court, during the hearing today, directed all the accused to appear on August 4.

Earlier this month the accountability court deferred Zardari's indictment in Park Lane reference after the former president's counsel Farooq H Naek requested the court for additional time to prepare for the case.

In an earlier hearing, the court had also deferred Zardari's indictment in the Park Lane reference after his counsel submitted an application, seeking exemption of his client from appearance due to illness and the COVID-19 situation in the country.