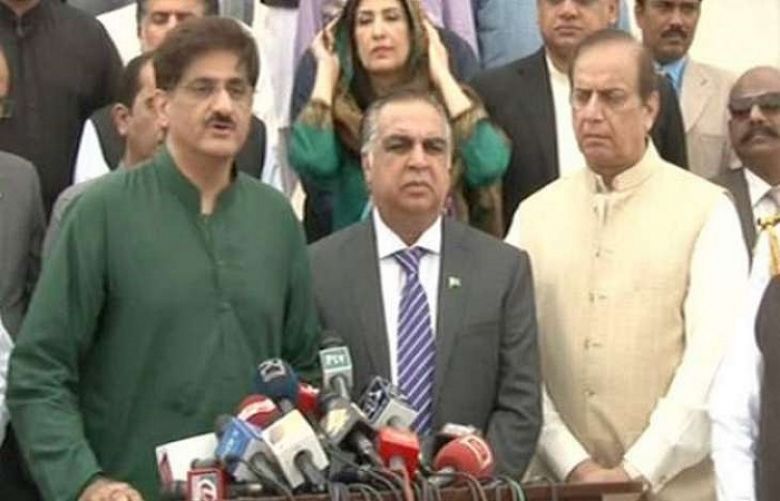 The rally was taken out from Kashmir Road to the mausoleum of the Quaid-e-Azam Mohammad Ali Jinnah and was attended by people from all walks of life.

Addressing the rally-organised by the Sindh government, Chief Minister Syed Murad Ali Shah said that every segment of the society participated in the march and vowed to continue their efforts until Kashmir becomes part of Pakistan.

“We will continue to reiterate the demand of Kashmiri people for a plebiscite in the valley,” he said and added that the United Nations (UN) should take notice of Indian atrocities in the held territory.

He further called for holding a trial against Indian Prime Minister Narendra Modi in International Court of Justice over the atrocities.

Speaking on the occasion, Governor Sindh Imran Ismail said that February 5 is an important day to remembered the sacrifices rendered by the people of Kashmir, which has been turned into one of the biggest jails across the globe.

“Injustices in Kashmir has reached a peak and today the entire nation is reiterating the pledge that Kashmir will become part of the country,” he said.