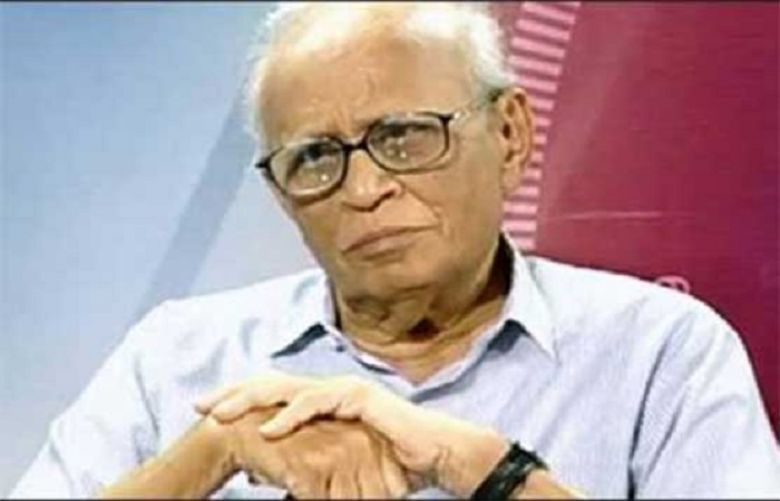 Funeral prayers for the former attorney general were offered at Noor Bagh Graveyard, Mewa Shah in the evening.

Ebrahim served as a judge of the Supreme Court of Pakistan. He was among the likes of Justice S. Anwarul Haq, Justice Maulvi Mushtaq Hussain and Justice Dorab Patel, who refused to take oath under the Provisional Constitutional Order (PCO) drafted by then-army chief General Zia-ul-Haq.

Earlier, Ebrahim had served as the attorney general of Pakistan during Zulfikar Ali Bhutto's government and also appointed governor Sindh.

After Farooq Leghari dismissed former prime minister Benazir Bhutto's government in 1991, he was appointed the federal law minister in the caretaker setup that took over.

In July 2012, he was appointed chief election commissioner by President Zardari after being approved by a parliamentary panel. The May 2013 general elections and the presidential election were held under his watch.

Geo News anchor Hamid Mir recalled that the prominent jurist had stood up against former military dictator Gen (retd) Pervez Musharraf when the then-army chief had decided to remove Justice (retd) Iftikhar Chaudhry from his in 2009.

"Fakhruddin G Ebrahim had severe differences with former chief justice Iftikhar Chaudhry. However, when Musharraf dismissed him, he condemned the move and went on TV to urge others to do the same," recalled Mir.

Mir revealed that Ebrahim was discreetly involved in various social initiatives in interior Sindh. He said the former Supreme Court judge had also helped establish several schools in the province. Ebrahim had been working on a book, Mir said.

Abbas recalled that the former attorney general had refused to dissolve the assembly when he was governor in 1990, due to which he was dismissed and another was appointed in his stead.

He said Ebrahim lived a life guided by strict principles and he never compromised on them.