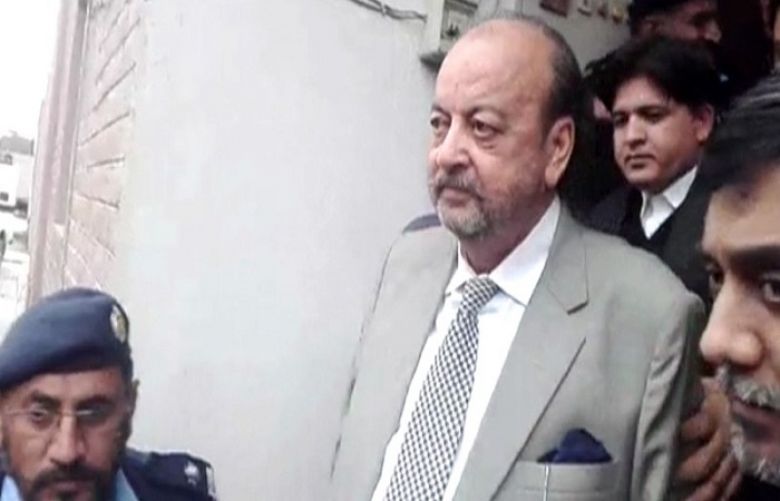 A reference against Sindh Assembly Speaker Agha Siraj Durrani over allegedly amassing assets disproportionate to his sources of income is ready, the National Accountability Bureau (NAB) informed an accountability court on Tuesday.

The investigation officer submitted a progress report, stating the NAB chairman has given the go-ahead to filing of a reference against the PPP leader. However, he sought some time for the binding of the reference.

He told the accountability judge that copies of the reference would be provided to the defence counsel.

The court adjourned the hearing of the case until May 30 and sent Durrani to prison on judicial remand until the next hearing.

Last week, the National Accountability Bureau’s (NAB) executive board had approved filing of a reference against Sindh Assembly Speaker Agha Siraj Durrani in an assets beyond means case.

The board, chaired by NAB Chairman Justice (retd) Javed Iqbal, approved the reference against the PPP leader.

According to the bureau, Durrani allegedly misused his powers and accumulated assets, causing a loss of more than Rs1 billion to the national kitty.

The NAB Karachi had arrested Speaker Sindh Assembly Agha Siraj Durrani from a hotel in Islamabad in February this year.