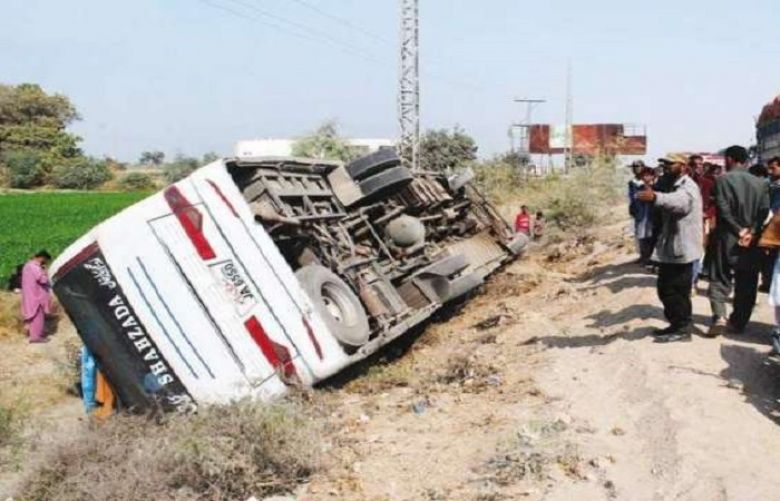 At least eight people were killed and 44 injured as a speeding passenger coach turned turtle over in Badin on early Friday morning.

As per details, the incident took place at Badin’s area of Morjhar, resulting in death of eight passengers and injuries to the dozens.

The rescue teams after getting the information about the appalling road crash, reached the spot and moved bodies and injured to the district hospital, where condition of five persons is said to be critical.

According to the rescue sources children and women are also among injured in the road mishap.