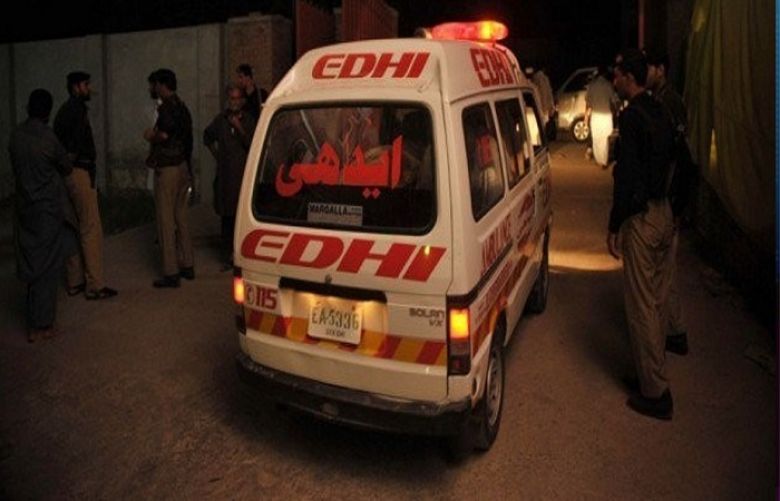 The Sachal police have registered an FIR of the killing of a minor boy in a shootout between policemen and suspected robbers, on Tuesday.

According to the police, the case has been registered on the complaint of the victim child’s father Kashif on charges of attempted and unintentional murder.

The 19-month-old boy, Ahsan was traveling along with his parents in a rickshaw when a bullet hit him near Safoora roundabout, according to the content of the FIR.

The victim’s father stated he saw four policemen on bikes firing their guns.

The minor boy was taken to a nearby hospital where doctor pronounced him to be dead, he said.

Meanwhile, speaking to the media, Kashif said the FIR of his son’s murder was not registered as per his wishes.

He alleged that he was summoned to the police station where he was asked to sign the FIR.

He said he didn’t know what was written in the FIR, alleging that the truth was being hushed up to save the policemen involved in the encounter.

The father claimed that his son died of the bullet fired by the policemen.

He said that when he reached the hospital, policemen from Sachal Police Station had arrived there too.

Sindh Chief Minister Syed Murad Ali Shah had taken notice of the child’s murder and sought a report from the additional IG Sindh.