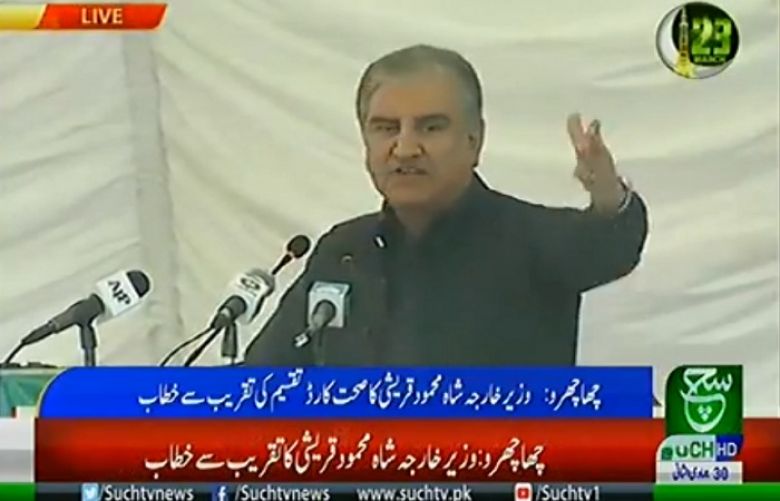 Foreign Minister Shah Mehmood has warned India of a befitting response in case of any provocation, this is ‘Naya Pakistan’, not of 1971.

Addressing a public gathering in Chachro, an area of Sindh’s drought-stricken district of Tharparkar, he said, “Pakistan desires for peace with its neighbours, but reserve the right to respond against any cross border aggression”.

Addressing Indian Prime Minister Narendra Modi, the FM said, the whole nation stand firm united with its armed forces for the defence of the homeland and this mammoth gathering in the border area is its proof.

Qureshi said Prime Minister Imran Khan invited Modi to fight for elimination of poverty from the region, but he was pursuing aggressive policy just to achieve his personal interests.

“India was trying to isolate Pakistan, but ended up in isolating itself”, the foreign minister said.

Shedding light on the plight of people living in Tharparkar, regretted that the Sindh’s ruling party failed in proving potable drinking water to them.

He said the Pakistan Tehreek-e-Insaf government will resolve the issues of people of Tharparkar.