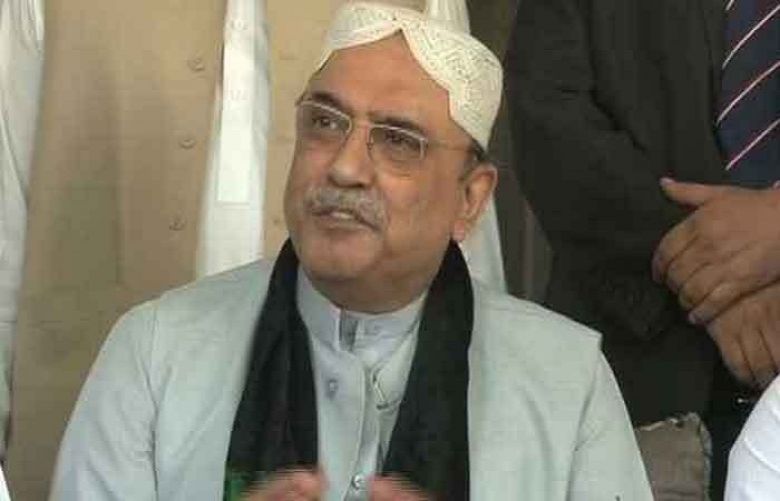 Addressing media in Islamabad, the former president lamented the arrest of the speaker, who was taken into custody by the anti-corruption watchdog earlier today for allegedly possessing assets beyond means and embezzling funds.

“This is nothing new,” Zardari said, adding that “there should be amendments in NAB’s laws” and that his party is ready to face down the accountability bureau.

In our tenure we had raised salaries [of judges] to attract the best people.

There are several good judges. We will face the NAB inquiry and if we have to go to jail, you know that has always been my second home.”

Zardari also spoke on the ongoing tension with India in the aftermath of the attack in Pulwama, recalling that when he was president, a similar situation had arisen.

The former president was referring to attack on the Taj Hotel in Mumbai.

“We forced India to back down and handled it through diplomatic channels,” he said.

Zardari was critical of the Pakistan Tehreek-e-Insaf government’s handling of the situation with India.

“Our government does not understand. Back street drivers do not understand politics, which is why this issue keeps on escalating.”

"PPP will stand with the armed forces.”

“They did not invite us, Nawaz Sharif or Shehbaz Sharif.”

“We are trying to give them time to solve people’s problems, but the prices of electricity and gas are rising. In the summer you will need to sell your car to pay the electricity bill.”