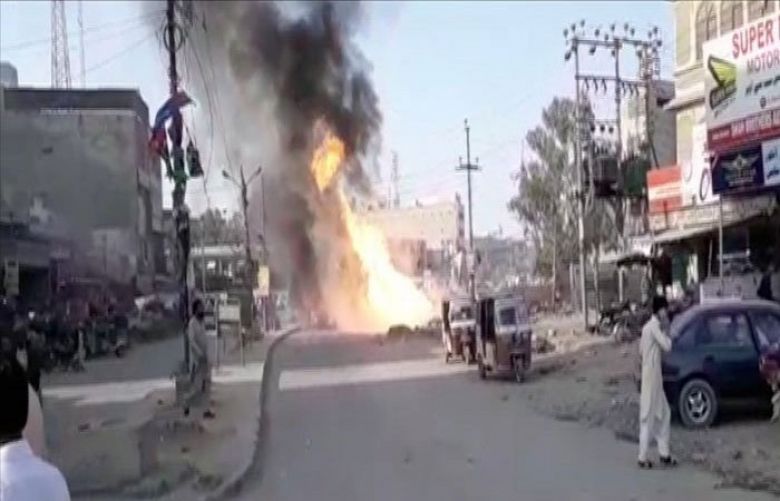 At least 15 people were injured when a gas pipeline exploded in SITE area of the city Wednesday.

According to the fire department, three rickshaws were also burnt down as fire erupted after a gas pipeline exploded in Metroville area of SITE. However, fire on the rickshaws was doused after some time.

A heavy contingent of Rangers and police was present at the site of fire.

Fire incidents are a common occurrence in SITE area of Karachi.

In September this year, fire erupted in a show factory in the area, which took 17 hours to cool down.

However, it was not an accident as a few workers had reportedly set fire to a chemical drum in the factory, following an altercation with the accounts department over payment of salary, Chief Fire Officer Tehseen Siddiqui claimed.