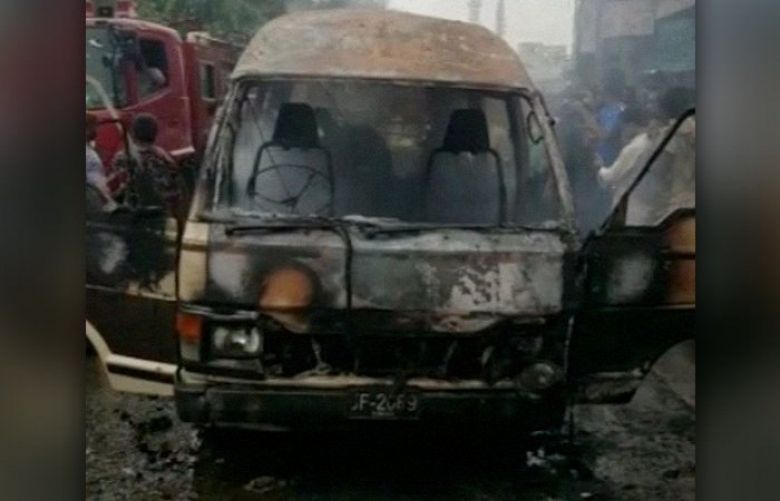 Six members of same family, including two children and a woman, were burnt to death  after a van carrying picnickers caught fire early this morning near ‘Garden’ area of Karachi.

Rescue officials said at least six people, including children, were burnt to death and five wounded when their van caught fire early Sunday morning near the zoo.

As the van caught fire, passersby began dousing the flames themselves and rescued the trapped passengers.

Police officials said the van's gas cylinders are intact and believe short-circuiting could be behind the fire. However, they are yet to determine the exact nature of the fire as investigations are under way.

The van's passengers – 11 in total – were on the way to a picnic, according to the injured family members. There were four children inside the van when it burst into flames.

The driver suspiciously fled the scene and is nowhere to be found, according to police officials.

Officials at the scene explained that four of the van's passengers were pulled out in time, but added that they have suffered severe injuries and have been shifted to Jinnah Hospital.