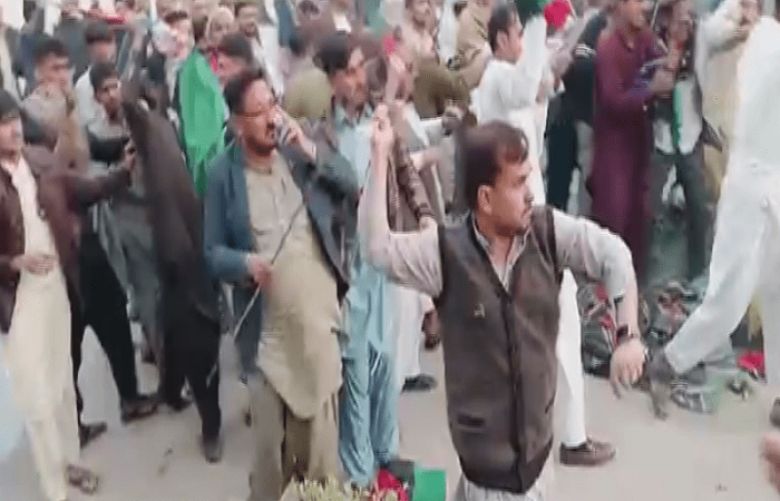 Hostile areas include district Keamari, Malir Halt, Gulshan-e-Hadeed and Qayyumabad, according to Geo News' reporters, who were on the ground to witness the re-counting.

The Pakistan Tehreek-e-Insaf (PTI) protested outside the office of the district returning officer (DRO) in district Keamari's SITE area, where workers of the Pakistan Peoples Party were also present. Supporters of the two rival parties chanted slogans against each other.

Outside the district commissioner’s office in Keamari, too, workers of the two political groups resorted to stone-pelting as a result of which two journalists were also injured.

An additional police contingent was already deployed and water canon was sought outside the DC office ahead of PTI’s expect protest where PPP workers also stood.

One person was injured due to stone pelting outside the DRO office in district Keamari, where police also resorted to baton-charge.

Meanwhile, workers of the Jamaat-e-Islami (JI) staged protests at Malir Halt and Gulshan-e-Hadeed.

“Police personnel is present outside the DC office in Malir. Police are trying to stop workers of political parties from confrontation,” Senior Superintendent of Police Irfan Bahadur said, telling about the situation in Malir where clashes erupted between workers of the JI and the PPP.

PTI workers’ demonstration at the Qayyumabad intersection ended after which traffic was restored. The workers alleged changes in results following the polls and burnt tyres in protests which led to a massive traffic jam in the area.