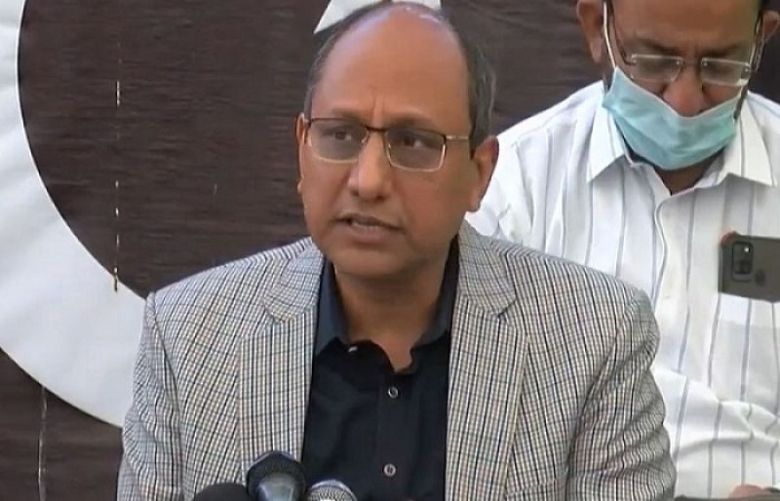 Sindh Labour Minister Saeed Ghani Monday hinted that the Pakistan Peoples Party (PPP) might form an alliance with Jamat-e-Islami (JI) but ruled out any possibility to join hands with the Pakistan Tehreek-e-Insaf (PTI).

Speaking during a press conference in Sindh Assembly flanked by other party leaders, Ghani said: "We can hold talks with Jamat-e-Islami but not with the PTI as we have no intention of forming an alliance with them."

Expressing joy over the party's recent gains in the local government elections in Hyderabad, the Sindh minister said that the PPP will emerge as the biggest party. He added that the party will also win National Assembly and provincial assembly seats in Karachi.

The minister congratulated the JI for performing well in the polls, saying that the party was just a little behind the PPP. "JI and PPP have a clear number of seats," he added.

Ghani assured the masses that the PPP would live up to the expectations. "Those who have won will complete the term and serve the people," he said.

Criticising the PTI, the minister said that the local government polls proved that the last general elections were rigged.

Speaking about the Muttahida Qaumi Movement-Pakistan's (MQM-P) decision to boycott elections, Ghani said that the party had also boycotted the polls before. He said that PPP wanted MQM-P to contest the elections.

The provincial minister said that he contacted JI President Hafiz Naeem Ur Rehman regarding the delay in polls. He said that he later contacted the officials.

"They said the polling staff at different places was untrained which led to the delay," he said.

Ghani said that they were trying to elect the mayor democratically.

Earlier today, Naeem showed an inclination to form an alliance with other political parties if there would be a need for that.

Rehman said that his party wants to manage the municipality independently, however, it is open to holding talks with another party for an alliance.

When asked if he would join the PTI or PPP, Naeem said that he would hold talks with all the parties for the betterment of Karachi.

"We will try to talk to other parties as we have a mandate, so everyone should respect our mandate," he said.

Naeem also said that the JI emerged as the number one party through hard work, adding that they had received votes from all those belonging to other political parties.