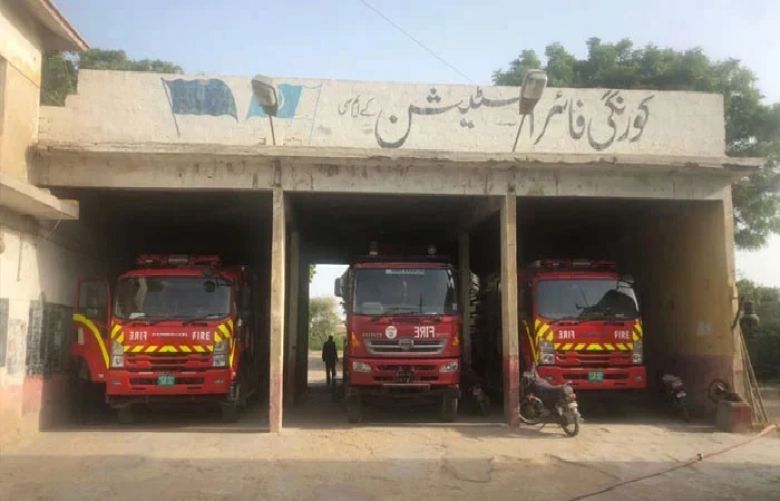 Two fire brigade officials were killed and another wounded after armed assailants opened fire on them at a fire station in Karachi on Saturday.

According to police, the incident took place inside the fire department's office near Bilal Chowrangi in the Korangi area of the city in the early hours.

SSP Korangi Faisal Bashir Memon said that the attackers managed to escape after the gun assault.

According to an eyewitness account, Mehboob, and he (Zeeshan) was performing their duties at the fire station when two armed men stormed the building.

The armed men asked Mehboob about the rest of the employees and held them hostage at gunpoint. Meanwhile, they took all of them to the control room and opened fire on them, said the employee.

Two of the employees, named Amir and Mehboob died on the spot while another sustained bullet injuries.

The fourth employee, Zeeshan Siddiqui, anyhow, managed to flee the scene and hid himself inside the workshop.

"They opened fire at us after they rounded us up," said injured fireman Mohammad Irshad in a video statement.

The police said no CCTV cameras are installed at the fire station building. The deceased and the injured have been shifted to Jinnah Hospital.