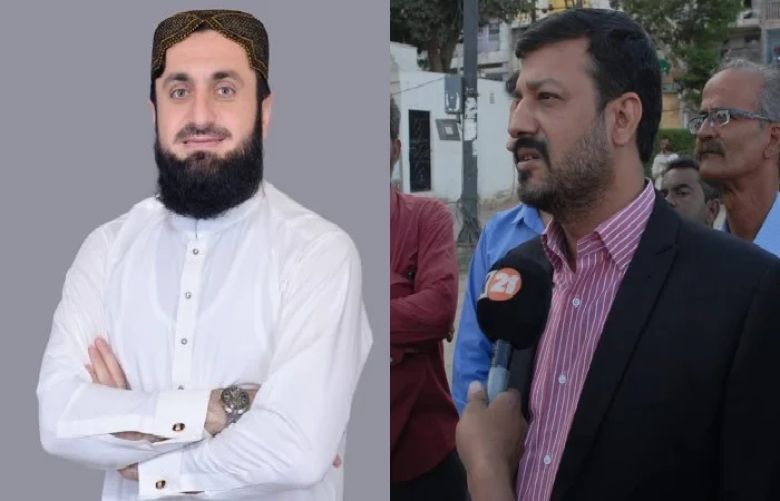 In line with a joint strategy of the ruling coalition parties, the JUI-F announced the withdrawal of its candidate in favour MQM-P's Moeed Anwar for the upcoming by-elections in the NA-245 constituency of the port city.

The party's decision came after PPP withdrew its candidate in view of the decision of all the coalition partners at the centre to field a joint candidate in the upcoming by-election.

Aminullah, during a press conference following the meeting, said that the coalition parties had decided to support the those who came in second place in the 2018 general elections.

"I am withdrawing in favour of MQM-P on party chief Maulana Fazlur Rehman's request and will vote for Moeed Anwar on August 21" he added.

MQM-P leader Hassan thanked the JUI-F chief, saying that the decision was taken unanimously by the leadership in Islamabad.

He called it a "sign of political wisdom" that all the parties support each other instead of fighting.

"The nation holds the duty of raising a voice against the issues through voting," he said, adding that the MQM-P's decision was right.

Hassan added that the party wanted former MQM-P leader Farooq Sattar to run for elections, however, he refused due to some conditions.

MQM-P had earlier tried to settle matters with Sattar — who stood as an independent candidate — but failed.

A day earlier, Sindh Labour and Human Resources Minister Saeed Ghani mentioned that coalition parties had decided that the party whose candidate had remained runner-up in the last general elections in the constituency would contest the forthcoming by-election.

Ghani, who is also PPP Karachi Division President, said the PPP had decided to withdraw its candidate Danish Khan, but noted that the arrangement would not be applicable for the local body elections, scheduled to take place on August 28.

The NA-245 seat fell vacant after PTI MPA and famous televangelist Aamir Liaquat Hussain's death. The polling in this constituency will be held on August 21.