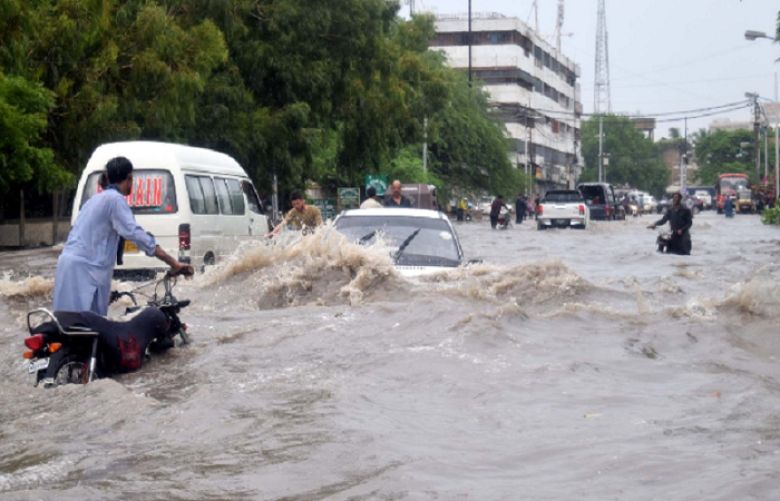 The Pakistan Meteorological Department (PMD) on Tuesday predicted more rains for Sindh, including Karachi, between August 5 (Friday) and August 9 (Tuesday).

Monsoon currents of moderate intensity are likely to enter eastern Sindh from the night of August 4, it said in a statement.

Meanwhile, rains in Karachi were predicted from August 6 to August 9.

During this period, the temperature in the metropolis will stay between 26 and 32 degrees Celsius while humidity will stay under 80 per cent.

Westerly and southwesterly winds were also expected to blow in the city.

It further instructed the authorities to take all necessary precautions in case of an emergency.

Monsoon rains, that began in June, have wreaked havoc across the country killing hundreds of people. On her visit to Karachi on Monday, Minister for Climate Change Sherry Rehman said that Karachi recorded a historic over 600mm of rainfall [in July] and will see more in August.

Talking to reporters, she highlighted that building resilience in Karachi should be the prime focus of the government as the city had witnessed the worst of disasters during the three monsoon spells.