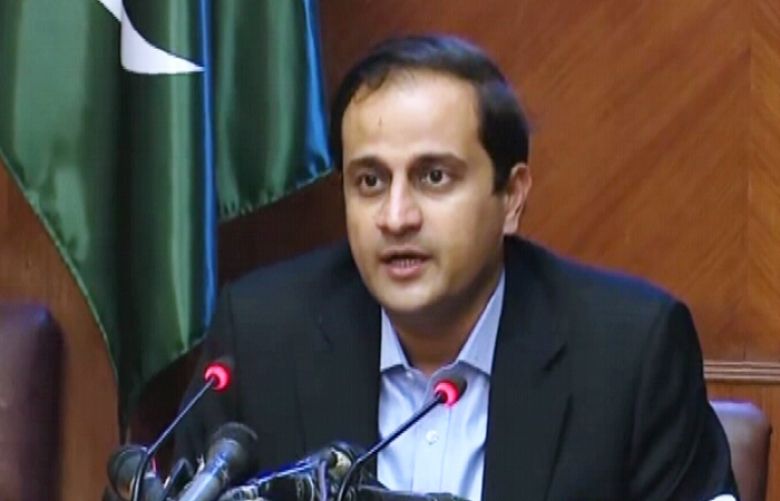 Karachi Administrator Barrister Murtaza Wahab announced on Wednesday that the Sindh government would bring an ordinance to stop immediate action against buildings and houses made in violation of rules and regulations.

Addressing a press conference, he said it had been proposed that a commission be set up to decide whether a building should be regularised or not and in what parameters.

He said the proposed law was the same as the one introduced in Punjab to regularise illegal buildings, with one additional para saying that the anti-encroachment drive should be stopped after the enforcement of the law until the commission decides on the matter.

"The law's basic purpose is to protect people's fundamental rights, I hope that we will be allowed to work so that people's lives and properties are protected within the ambit of the law," Wahab commented.

Wahab said the PPP had presented a resolution in the Sindh Assembly, drawing the provincial government's attention to legislate on the matter of people's houses being razed. The resolution supported taking action against constructions done on waterways but desired a less stern path for illegal houses, shops and buildings where people had been living for many years.

He said many politicians "who hold press conferences at Nasla Tower" had not supported the resolution but the PPP managed to get it passed with a majority.

The resolution was then referred to the Sindh government and it decided to legislate in its light. Now, the draft law has been prepared and sent to Chief Minister Murad Ali Shah by the law department, Wahab said, adding that the chief minister would send the ordinance to the government today

"[It is] hoped that the governor will verify it, follow the chief minister and Sindh cabinet's advice and approve it so that it is made a law," he said.

According to Wahab, it had been advised that a retired judge be appointed to head the commission, "just like in Punjab". After being promulgated, the ordinance will be tabled in the assembly to get it passed, he said.

Wahab emphasised that the ordinance was being introduced in the larger interest of the people to provide them relief "in this difficult time".

"We will at least be able to set up a system for regularising buildings and houses; if it can happen in Islamabad and Punjab [it can happen here too]," he said, expressing the hope that the opposition would not do politics on the law and resort to unwarranted criticism.

Wahab's announcement comes days after Sindh Information Minister Saeed Ghani said that the provincial government should be allowed to regularise buildings made in violation of rules and regulations as it affected the lives of millions of Pakistanis.

Speaking about Nasla Tower, a 15-storey residential building in Karachi which the Supreme Court has ordered authorities to raze for encroaching on land meant for a service road, Wahab said depriving its residents of their homes was "unfair".

He said the land for that building was not allotted by the incumbent Sindh government and the property was commercialised in 2007, when Pak Sarzameen Party chairperson Mustafa Kamal was the city nazim.

"[The Sindh] Building Control [Authority] approved its commercialisation, following which a citizen approached the Sindh High Court the same year," Wahab recalled. The citizen moved the SHC to stop the building's construction, terming it illegal, but the court did not accept his request, he said.

Wahab further stated that the land originally belonged to the Karachi Metropolitan Corporation, and litigation was started in 1986 regarding it. In 2010, he said, the SHC ordered that the land be given to the Sindhi Muslim Cooperative Housing Society on account of payment of charges.

"I can share that order as well," he told reporters, adding that these details showed that Nasla Tower's residents invested in the apartments on the basis of some official documents.

And so, he said, the Sindh government, by introducing a law for regularising buildings, did not want to protect wrongdoers but those citizens who had bought apartments in the building.

"It cannot happen that a building on One Constitution Avenue in Islamabad, where the elite live, is regularised and buildings where common people reside are not regularised."

He stressed that any structure constructed on a waterway should not be regularised. "But if a building has been constructed on one due to someone's mistake, the structure then belongs to the state.

"And to whom does the state belong? You, the people," he said.

When asked whether the recently passed Sindh Local Government (Amendment) Bill, 2021, could be challenged in court, Wahab said the relevant court could surely adjudicate on it.

But, he warned, "if it is challenged and struck down, local government elections [in the province] will be delayed."

The bill, which was passed by the Sindh Assembly last week amid fervent protest by the opposition, takes away functions of education and healthcare from municipal bodies and replaces open ballot for the election of mayors, deputy mayors, etc, with secret ballot. It also abolishes District Municipal Corporations in urban parts of the province, replacing them with Town Municipal Corporations.

The opposition parties in the Sindh Assembly have unanimously rejected the provincial government’s bill and vowed to challenge the move in the apex court.

Speaking about the matter on Wednesday, Wahab apparently criticised the Muttahida Qaumi Movement-Pakistan, saying that challenging the bill in the court would make it evident that those who accused the PPP of trying to delay local government elections were themselves finding an "escape route" out of the contest.

He said those criticising the law supported the town system introduced in Karachi during the tenure of former military ruler retired Gen Pervez Musharraf, when the entire city was treated as a single district and was bifurcated into 18 towns.

"They repeatedly expressed support for this system, saying that it will lead to the devolution of power," Wahab added, without naming any party. "They now want to challenge this system?"

He said that by appointing elected mayors as the heads of departments such as the water board, the Sindh government was empowering the institution of the mayor. "Are we doing anything wrong?" he asked.

He clarified, however, that he did not support the town system introduced in Karachi in 2001, saying "every road in the city was commercialised under that system."

"I am not in favour of that system and nobody should be."