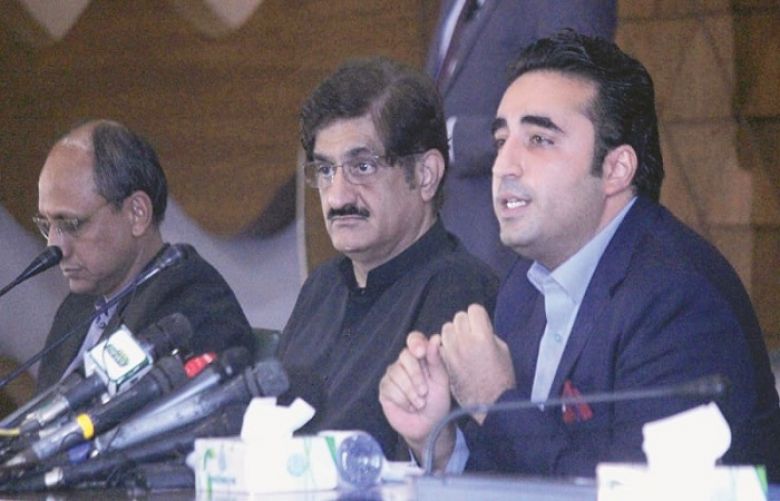 Chief Minister Sindh Syed Murad Ali Shah has left for the United States, where, he is likely to be joined by Pakistan People’s Party Chairman Bilawal Bhutto Zardari in the next few days.

According to details, Murad Ali Shah left for the United States via Emirates airline flight EK-607. The sources privy to details of the visit said that the chief minister will hold meetings with important personalities in the foreign country.

“Bilawal Bhutto Zardari will also join the chief minister in the US in the next few days,” they said.

This is not the first time that the chief minister had gone to the US as recently on June 09, he left for the country on a week-long private visit.

It was also speculated after his visit that he would be presenting the Sindh budget via video link, however, he later returned ahead of June 15 for presenting the budget for FY2021-22.

A spokesperson for the CM House at that time said the chief minister departed for the US on a three-day visit and would fly back home on Saturday night.

Ahead of the speculated Bilawal Bhutto’s visit to the United States for important meetings, it emerged that the Pakistan People’s Party (PPP) chairman will begin the second phase of the election campaign on July 5 before Azad Jammu and Kashmir (AJK) polls.

Bilawal Bhutto-Zardari’s campaign will comprise four power shows as PPP schedules its first rally in Kotli College Ground on July 5 in AJK. The PPP chairman will meet party leaders on July 6 and later address a rally in Rawalakot on July 7.

PPP will hold its third power show on July 8 at Boys Degree College of AJK’s Haveli District and the fourth rally on July 9 in Mirpur District.